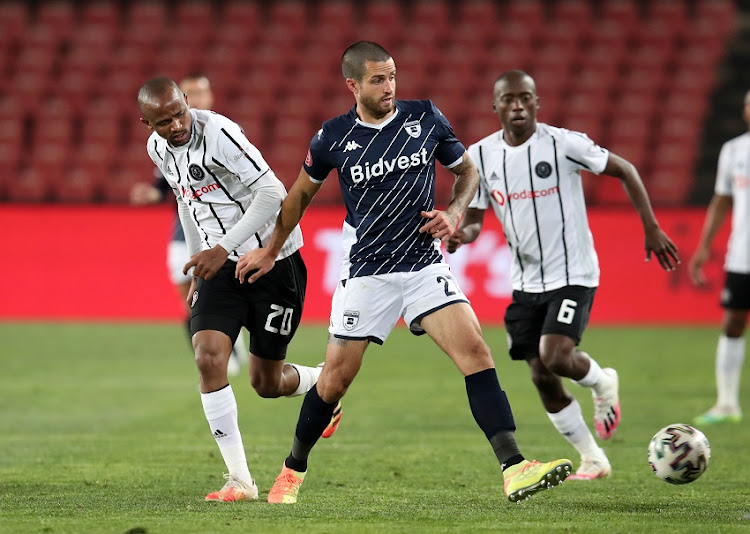 Wits‚ the club sold in their 99th year to Tshakhuma Tsha Madzivhandila‚ have looked a team with a point to prove in the return to football from the suspension for Covid-19.

An injection of youthful players has added to the energy as the Clever Boys have put up fighting performances losing against Mamelodi Sundowns in the Nedbank Cup‚ and drawing against Kaizer Chiefs and Orlando Pirates in the league.

The fifth-placed Clever Boys (40 points from 23 matches) have slipped to 12 points behind leaders Chiefs (52 from 24)‚ but with a game in hand‚ and they do have a fixture to play against on Amakhosi – in their third-last match on August 30 at FNB Stadium.

Ritchie believes if the Clever Boys can start turning draws into victories and work their way to within striking distance of Chiefs by then‚ the league title might still be on for a team with nothing to lose in going for it.

“Yeah‚ I think so. The guys are motivated‚ we’re confident. And there’s no pressure‚” he told an SA Football Journalists Association press conference‚ asked if Wits can still win the league.

“We just have to enjoy it. Because at the end of this season‚ as sad as it is to say‚ there’s no more Bidvest. So I think we need to just give it all for the club‚ and end the season on a respectful note.

“And I think that with the team that we have got and the players we have got‚ and the youngsters coming through‚ we can make a late surge.

“And hopefully the teams above us lose a few games so that we can get a bit closer to them‚ and hopefully come out on top at the end of it all.”

Ritchie believes the eight young players promoted for the games in the bio-bubble by coach Gavin Hunt from Wits’ reserve team‚ who were leading the MultiChoice Diski Challenge when it was cancelled‚ can play a role in such a surge.

“I mean the youngsters are quality. The guys who you have seen already‚ who have been given a full game or even half a game‚ I’m sure you can see that the quality is there‚” he said.

“I think the coach needs – and I think he will – to give them a run in the last seven games of the season‚ and you’ll see what the boys have to offer.”

Rowan Human‚ Solly Khunyedi‚ and Keenan Phillips are youngsters who have shown promise in Wits’ return to football.