‘Don’t get angry’: Tau’s advice to Maluleka on his move from Chiefs to Sundowns 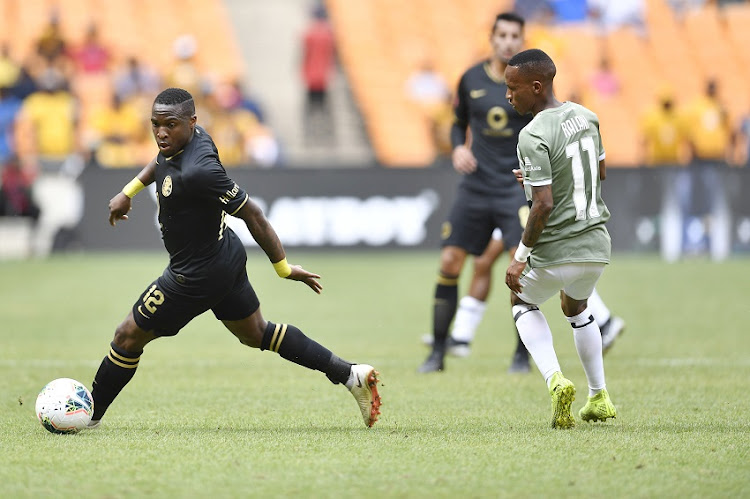 Former Orlando Pirates and Kaizer Chiefs defender Jimmy Tau has advised midfielder George Maluleka to block out the noise and hate directed at him for leaving Amakhosi to join arch-rivals Mamelodi Sundowns.

Maluleka was on the received end of some stinging criticism from some Chiefs fans when the club announced in March that he would be moving from Naturena for Chloorkop.

Sundowns are yet to officially confirm the move.

Tau went through the same situation in 2005 when he left Pirates to join Chiefs‚ with the Buccaneers fans labelling him a traitor for making the rare move of joining their bitter rivals.

“Like any other sport‚ football is emotional. People become attached to you as a player and they love and appreciate you for the fact that you are playing for their club‚” said former Bafana Bafana defender Tau.

“Obviously when you leave‚ part of them gets angry because they are hurt for you leaving their club.

“You must appreciate what they have done for you while you were at their club because they have played a crucial part in your career.

“You move because you are looking for opportunities to better yourself and you are fulfilling personal ambitions. At his point in time he [Maluleka] must think of his career.”

Tau‚ who captained both Pirates and Chiefs‚ went on to say that Maluleka should not respond angrily to the fans on social media platforms and those he meets in person.

“My advice to him is that he doesn’t have to respond to the fans who are angry because they are venting and expressing their frustrations.” Tau said.

“He must just understand where their frustrations are coming from. He’s got a job to do wherever he is going and he must focus on what lies ahead for him.

“I have always believed that sometimes silence is the best way. In my case when I left Pirates‚ I didn’t say anything but I understood that their frustrations were not coming from hate.”