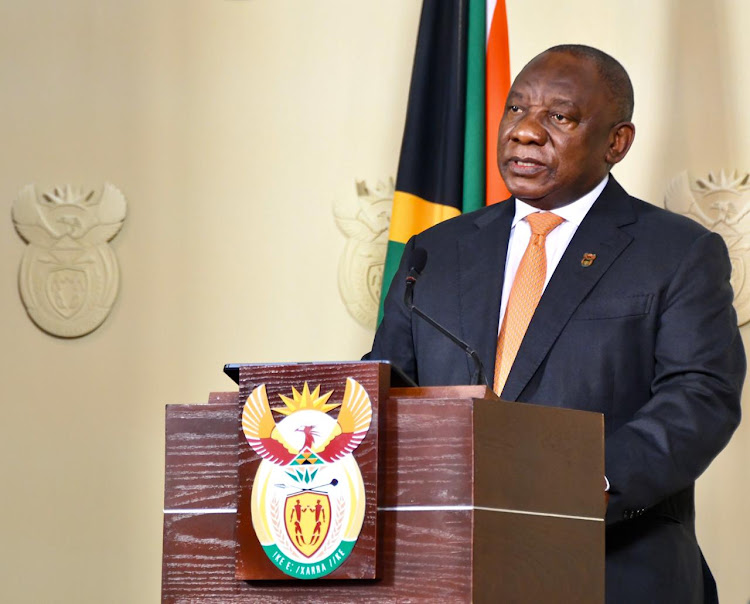 Sport might have received a glimmer of hope of a resumption of play from the relaxing of lockdown regulations‚ though any action on the field appears to remain unlikely within the coming month.

“Concerts and sporting events will not be allowed until it is deemed safe for them to continue‚” Ramaphosa said‚ laying out the broad regulations that will apply from the first phased relaxation of the lockdown from Friday‚ May 1.

South Africa first went into hard lockdown in response to the coronavirus (Covid-19) pandemic on March 27 for three weeks‚ which was extended for another two weeks‚ a five-week period that ends on April 30.

Also applying to sport‚ Ramaphosa said: “People can exercise under strict public health conditions that will be spelt out”‚ and that‚ “All gatherings‚ apart from funerals and for work‚ will remain prohibited.”

“ … The lockdown has slowed the progression of the pandemic‚” Ramaphosa said.

From May 1‚ the president said‚ there will be a phased recovery of economic activity premised on five coronavirus levels. Ramaphosa said the national coronavirus level will be lowered from Level 5 to Level 4 from Friday‚ May 1.

So long as domestic air travel remains shut down‚ any chance of even closed-doors sport resuming in South Africa remains impractical if not impossible.

The lockdown has already impacted sport in a significant manner.

All major sports are shut down and feeling the financial pinch‚ and many coming events have been postponed or cancelled.

Stadiums stand empty and without an income. Security companies and their staff who rely on sports events have been left financially stranded.

SA Rugby‚ which relies heavily financially on gate-takings from matches‚ is preparing to cut up to R1-billion from its budget over the next eight months to ensure post Covid-19 viability.

In football‚ one Premier Soccer League (PSL) club‚ AmaZulu‚ have already sent out a letter to their players and technical staff this week that they will not be able to pay full salaries this month.

Cape Town City have said they will pay full salaries this month‚ but are likely to inform their players and staff of a 20 percent pay cut next month if football cannot resume.

City owner John Comits said he believed that if the PSL cannot play matches in some form by the end of May then the league and its clubs face significant financial losses.

Playing behind closed doors has been mooted as a solution to the PSL resuming‚ but travel remains a problem.

Another idea is for a World Cup-style tournament played at a single city.

The South African Football Association (Safa) has said it will follow Ramaphosa's guidance before making announcements on when its ban on football in March will be lifted.

Cricket SA are also counting the costs of the virus‚ but acting CEO Jacques Faul has maintained that they have not reached a stage of financial vulnerability as a result of Covid-19.