Baroka FC: 'We are not trying to be Chiefs and Pirates here' 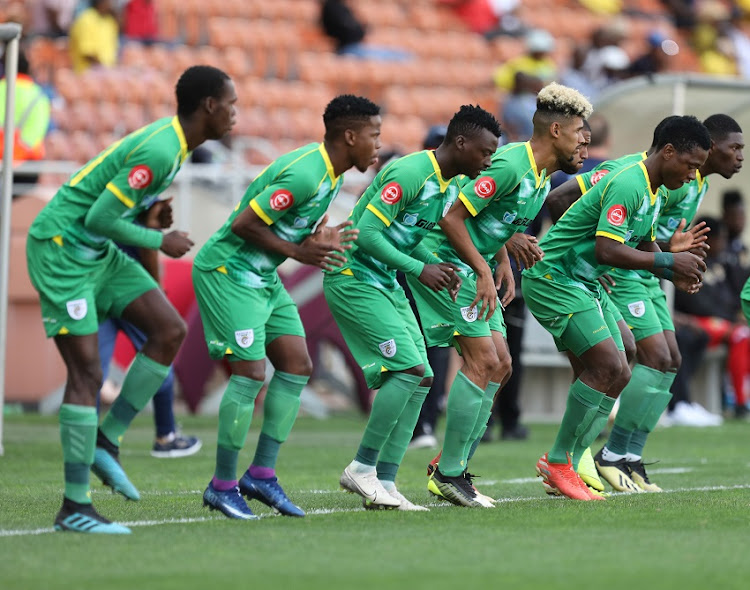 The Polokwane-based club’s general manager‚ Pearl Tshioma‚ told TimesLIVE that Baroka have been quietly contributing food parcels and washable masks to various communities and health institutions in Limpopo from when the national lockdown began on March 27.

“Basically‚ once the lockdown was announced we reached out to a number of people and we became involved‚” Tshioma said.

“We reached out to a number of people who were making washable masks. Initially they were doing two-ply masks‚ because they didn’t know the recommendations. Currently they are making three- to four-ply masks.

“This is together with a company called Alongside Trading and Projects.

“But we haven’t been talking about it‚ or we weren’t loud about it because we weren’t doing it for publicity.

“It’s a pandemic. We weren’t trying to help people‚ and not to market ourselves.”

Baroka have given 5‚000 food parcels‚ with their sponsors Global Oil‚ and its holding company Rheinlands Investments‚ to the Polokwane municipality to distribute to those in need in the Blouberg and Molemole districts of Limpopo.

They have donated around 100 washable masks‚ worth R100 each‚ to various Limpopo clinics and hospitals‚ and companies with workers on the frontlines‚ with 50 more to be distributed soon – and plans to continue doing so.

“What really caught our attention was seeing Chief and Pirates’ announcement. And we thought‚ we are still trying to reach more people here. We would love the coverage so that people who need these items can reach out to us‚" Tshioma said.

“At the moment‚ we’ve been giving these things out arbitrarily to who we think is in need‚ but we’d like it if people can contact us.

“Our four-ply masks are still in production and once they come out we will reach out to more people.

“We would also like people who can contribute to reach out to us‚ to assist us in helping.”

Tshioma applauded Chiefs’ and Pirates’ donation made in a televised announcement this past week‚ along with MultiChoice‚ of personal protective equipment (PPE) including 450‚000 masks‚ 100‚000 gloves‚ 10‚000 protective overalls‚ 10‚000 wipes and 100‚000 shoe covers.

As many in the public and on social media had‚ Tshioma wondered why that donation plan had been limited to the two Soweto giants.

“It doesn’t annoy me. I’m glad they have done what they have done. But it shouldn’t just be Chiefs and Pirates – it should be the whole of the PSL. We should all be involved‚” she said.

“To host a press conference in Limpopo‚ with this pandemic‚ we are taking it very seriously and we’re not trying to be seen in groups. So for us it’s been very intimate.