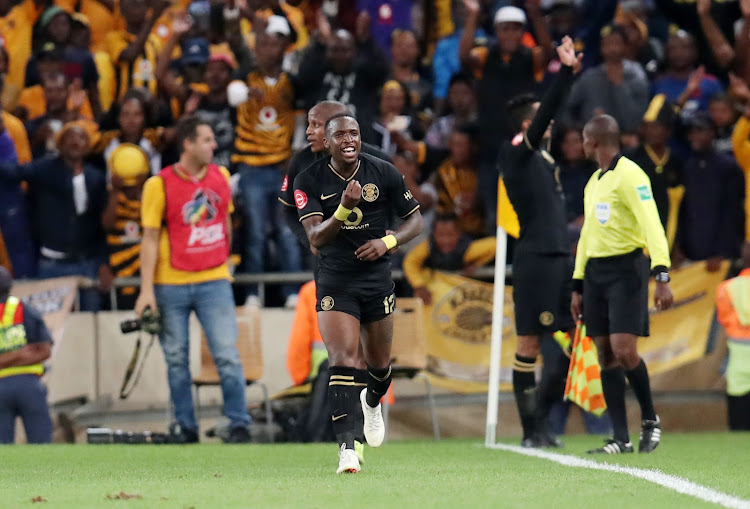 George Maluleka of Kaizer Chiefs celebrates goal during the Absa Premiership 2019/20 match between Kaizer Chiefs and Highlands Park at the FNB Stadium, Johannesburg on the 08 January 2020.
Image: ©Muzi Ntombela/BackpagePix

A top player intermediary in South Africa has backed FIFA’s plans to extend player contracts to the end of the 2019/20 season, rather than their usual end date of June 30 if the campaign goes past that point.

Paul Mitchell says it is the only fair way to treat players and clubs in the wake of the coronavirus outbreak that has brought football to a standstill around the globe and threatened livelihoods.

It is unclear when leagues will be back up and running, and it is likely to be staggered in different countries, with South Africa’s Premier Soccer League one of those unsure of when they will be able to get going again.

FIFA’s plan, which has not been cast in stone yet, but was revealed by a leaked document last week, is to pin the length of the contract to the end of the season in which the player is active, be that June, September or even December.

“I think that is the only fair way to do it and it will bring some certainty for players and clubs,” Mitchell tells SowetanLIVE.

“There is no other real workable solution as it would be unfair to have players moving mid-season.

“That is not a great situation for anybody, the players or the clubs, so to pin the contracts to rather finish when the season is completed just makes perfect sense.

“I don’t see how else you do it really. It could be difficult for international transfers where a player moves from one league to another and they may have different end dates, but this is still the best possible way forward as far as I am concerned.”

There are a number of local examples of players this would effect, with the most documented being George Maluleka’s move from Kaizer Chiefs to Mamelodi Sundowns.

But there is also the case of Grant Margeman, who is currently helping Ajax Cape Town win for promotion from the GladAfrica Championship, but will also be at Chloorkop next season.

For Ajax to lose him mid-stride would affect their promotion hopes and could have far-reaching consequences if they are not able to keep him to seasons end.

“There will be many examples, both locally and in Europe, and that is why we need some certainty around this.

"Otherwise it is chaos,” Mitchell said.