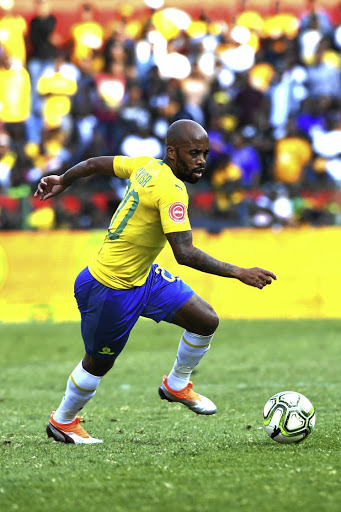 With a number of football leagues across the world likely to resume beyond June after the coronavirus-forced suspension, a chaos involving players whose current contracts end in June looks to be on the cards.

Many players such as Mamelodi Sundowns' Oupa Manyisa, Siyanda Xulu of Maritzburg United and Happy Jele at Orlando Pirates, just to name a few in the Premier Soccer League, will be out of contract in June.

Other players whose deals with their current clubs come to an end in June have since penned pre-contracts elsewhere, like George Maluleka of Kaizer Chiefs, who's pledged his future to Sundowns.

What will happen to all these players should the league be concluded beyond the cessation of their running contracts? That's quite a tricky question amid the global outbreak of Covid-19.

Orlando Pirates are set to offer their long-serving player and skipper Happy Jele yet another one-year contract extension when his current deal ...
Sport
2 years ago

In the true sense of his coach Pitso Mosimane's "let's be honest" platitude, let's be honest, no one had prophesied Mamelodi Sundowns skipper Hlompho ...
Sport
2 years ago

Football agent Paul Mitchell of Siyavuma Sports Group that represents players such as Xulu, Bafana Bafana stars Keagan Dolly and Buhle Mkhwanazi, among a host of players, is optimistic Fifa will
allow players who are out of contract in June to finish the season at current clubs.

"If we get to that point [of going beyond June without the resumption of the league], I am sure Fifa will put out a special dispensation, because it affects the whole world," Mitchell told Sowetan.

"It'll be something to any player that's coming to end of his contract in June that he must fulfill his obligation with [his] current club until the 2019/20 season comes to conclusion."

Mitchell continued by stressing that their concentration was solely on combating and containing the coronavirus.

"...life is on hold. The most important thing right now is to stop the spread of the virus. There's no focus on football or on players who are out of contracts."