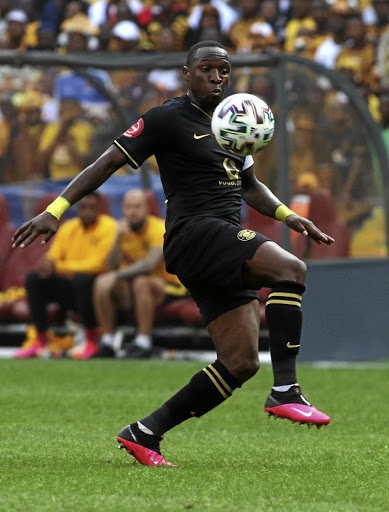 Kaizer Chiefs director Jessica Motaung has revealed that the club is weighing its options on whether outgoing midfielder George Maluleka will be released early or will remain with the team until his contract ends.

Maluleka made headlines last week after it was announced that he has signed a pre-contract with Mamelodi Sundowns.

The club still needs to decide whether the player will continue playing for the team until his contract officially expires on June 30.

"There are discussions under way and at the right time we will engage on that. It has been tabled internally," said Motaung.

"I think George made his decision, it was not about us keeping him or not. I think now the conclusions and timelines of it is what we have to look at but George has decided and we wish him well.

"To be honest, the issue we have been dealing with right now has been this coronavirus, so the George matter will be addressed but now we are in such an abnormal situation that the matter has been reduced in terms of amplification. Right now the aim is to keep everyone safe and fit."

Amakhosi made the surprise announcement that negotiations with 31-year-old had fell through.

"The contract talks between Chiefs and midfielder George 'Mido' Maluleka have reached an unexpected ending," the club said in a statement.

". The 31-year-old had a two-year contract extension and one-year option to renew on his current contract, but he turned it down.

"Following a string of negotiations, the player himself revealed to the Club that he has signed a pre-contract with Sundowns."

Should Chiefs terminate the contract of Maluleka early, they risk destabilising the team with some eight games remaining in the league race. Amakhosi are on top of the standings with 48 points from 22 games.

The PSL has taken a decision to suspend games due to the outbreak of coronavirus.

Club's village now on lockdown.
Sport
2 years ago
Next Article