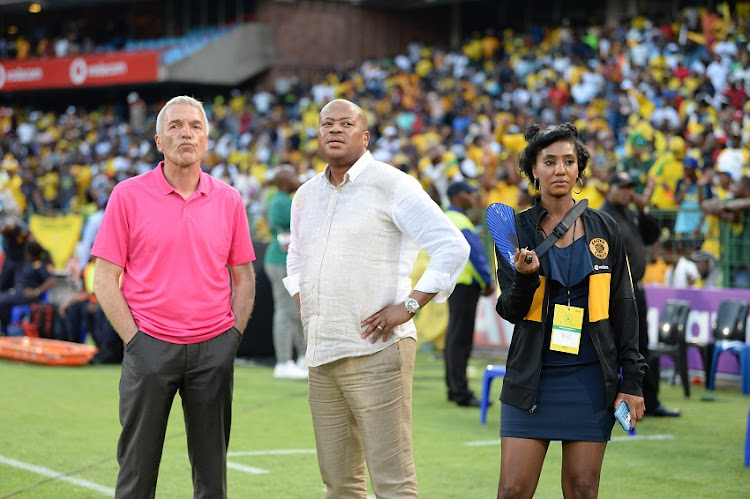 Former Kaizer Chiefs midfielder Andriamirado ’Dax’ Andrianarimanana is likely to have served his four-month suspension by the time AmaKhosi’s appeal case against sanctions handed down by FIFA is heard by the Court of Arbitration for Sport (CAS).

Dax was suspended and ordered to pay close to R640‚000 in compensation to former club Fosa Juniors by FIFA‚ while Chiefs have been banned from buying players for the next two transfer windows after being found guilty of signing the midfielder when he already had a contract with the Malagasy side.

Both Dax and Chiefs say the contract produced by Fosa Juniors is a forgery‚ and have taken their appeal to CAS after FIFA ruled in the favour of the latter‚ but just when their case will be heard is unknown.

SowetanLIVE understands that CAS have acknowledged the lodge of the appeal by Chiefs‚ but are facing a backlog of cases due to the coronavirus outbreak that has hit Switzerland‚ where the court is based‚ hard‚ a situation exacerbated by the virtual halt on international travel in the last few days.

Chiefs were hoping to hear that sanctions laid down by FIFA would be suspended while their appeal is being heard‚ but CAS have yet to respond in that matter either.

It may be immaterial for Dax‚ whose ban came into effect in February and will be completed in early June.

It seems likely that domestic football may only re-start in the Premier Soccer League that month‚ at the earliest‚ suddenly making Dax available for new club Black Leopards in their bid to fight relegation.

His compensation order will be paid by Chiefs‚ whose interest in the case also lies in them being able to sign new players in the next two transfer windows‚ having already lost George Maluleka to Mamelodi Sundowns and with a number of other players out of contract at the end of the season.

CAS have made it clear that there will likely be a long delay in cases‚ without giving any indication of which receive preference.

“CAS will not host any in-person hearing before 1 May 2020‚ at the earliest. Depending on the circumstances of each individual case‚ the arbitrators and parties are encouraged to conduct hearings by video-conference or to cancel them‚” the court said in a statement.

“If such measures are not possible or appropriate‚ the hearings must be postponed until May 2020 or later.

"Depending on the evolution of the Covid-19 outbreak‚ the prohibition of in-person hearings may be extended.”

CAS did not respond to queries by SowetanLIVE.