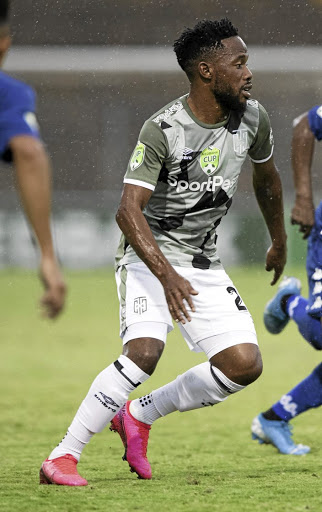 Cape Town City midfielder Mduduzi Mdantsane admits that he is finding it difficult to adjust to his new team.

Mdantsane joined City from Baroka in December after his contract was terminated by the Limpopo club. He has only made four appearances, three as a sub while starting against Kaizer Chiefs. He had made 11 appearances for Bakgaga before his move.

"It's never easy going into the new team. There are quality players here so I knew coming here was never going to be easy for me," Mdantsane said.

"There are a lot of good players and whenever I get a chance, I just have to perform. This is a great team and I'm happy to be part of this club. They are well organised and they respect the players.

"The support in the team is incredible and I'm excited to be part of the Citizens."

The 25-year-old is pleased that he can focus on playing after there was a dispute over his move from Bakgaga to City last month, which nearly delayed his debut.

With the January transfer window at its halfway mark, only nine teams have been active in the market. Gomolemo Motshwane looks at some of transfers ...
Sport
2 years ago

Baroka claimed that they didn't authorise his move and took the matter to PSL dispute resolution chamber, which has since been withdrawn.

"I'm happy to be where I am now. It is well in the past. I have to focus on the future. I am a Cape Town City player, that's the most important thing," Mdantsane said.

The Citizens find themselves 11th in the Absa Premiership standings and not far from the relegation zone with 24 points, four ahead of bottom side AmaZulu.

Mdantsane is, however, confident they will not be relegated despite being beaten 3-2 by fellow strugglers Polokwane City on Sunday.

"We are positive as a team, we know we can do better and it's not easy in this league. It's unfortunate we could not grab the maximum points or a draw [against City] but we are still pushing. We believe in each other and we believe that we can change things," he said.