Mayambela completes his move from Portugal to Israel 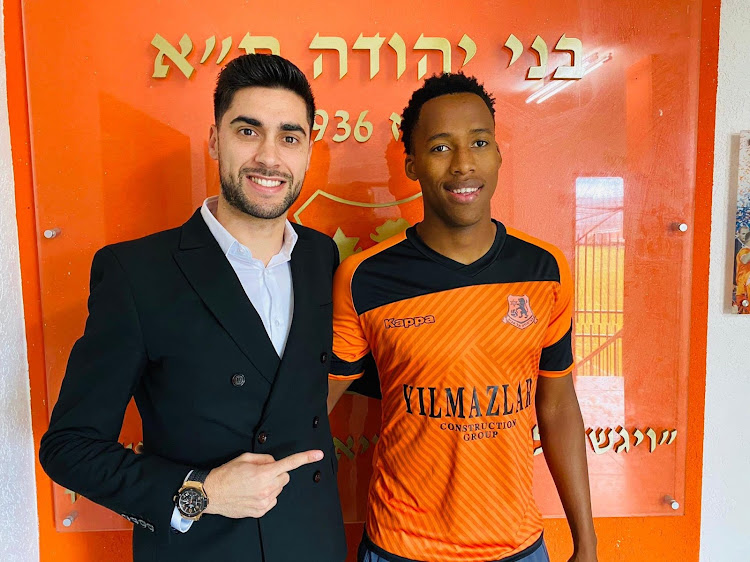 Mihlali Mayambela will get a chance to play top-flight football again after moving on loan from Portugal to Israel.

The 23-year-old younger brother of Mark Mayambela has spent most of his career playing second division football - first at home‚ then in Sweden and over the last two seasons in Portugal.

He did have a brief spell in the top-flight in Sweden with Djurgarden when he first moved overseas but made only one start and seven substitute appearances in the top division in 2016.

Now he can play top-flight football in Israel‚ where the likes of Tsepo Masilela‚ Bevan Fransman and Dino Ndlovu have all competed.

Cape Town-born Mayambela started in the old National First Division with Cape Town All Stars while still a teenager before the dream move to Sweden.

The next season at Brage in 2018 was a letdown but he switched to Farense in Portugal and was a regular in the 2018-19 season.

Farense then spent 100 000 euros to sign him from Djurgardens but after two goals in 12 games they have now loaned him out at the same time as they top the Portuguese second division and look promotion bound.

Mayambela’s new club are ninth in the 14-team Israeli league. They have just sold Ivorian Ibrahim Soro to Glasgow Celtic‚ opening a place for the South African.