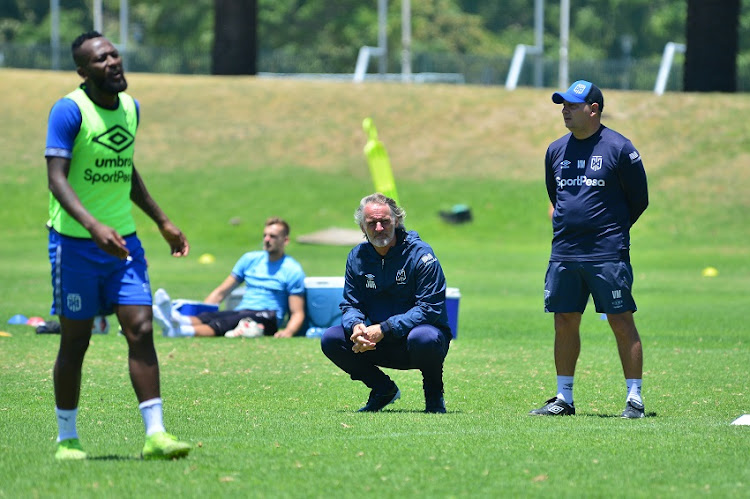 Cape Town City coach Olde Riekerink is running the rule over defender Tshepo Gumede who was deemed surplus to requirements by Benni McCarthy.

The former Orlando Pirates and Platinum Stars defender Gumede has been on trial at the club for the past week and it is believed that he has caught the eye of Olde Riekerink who has been entrusted with changing the fortunes of the club after a poor start to the season.

“There is no deal yet‚ but he is here because he is an option‚” said Olde Riekerink.

Gumede was a stalwart in City’s maiden season PSL season in 2016/17 when he started in 28 of their 30 league games under then coach Eric Tinkler.

In other teams news coming out of the City camp‚ there has been speculation that players like Riyaad Norodien‚ Mark Mayambela and Siphelele Mthembu may leave the club this month.

Olde Riekerink referred those questions to owner John Comitis‚ who told TimesLIVE that nothing has been confirmed yet.

“We are looking to reduce the size of the squad‚” Comitis said.

“We have 28 players now and the coach wants to work with 23 and maximum 24‚ but it is not true to say anything has been decided. We are having a big meeting with the technical team on Monday to decide what we are going to do. So I cannot talk about those players now because nothing is definite‚ the situation could change from one day to the next.”

The only player who will definitely not be with the club for the remainder of the season is young midfielder Shaquille Abrahams who has joined GladAfrica Championship side Cape Umoya United on a six-month loan.

City will be in action on Friday when they host Black Leopards at the Cape Town Stadium looking to move a few place up on the PSL ladder.