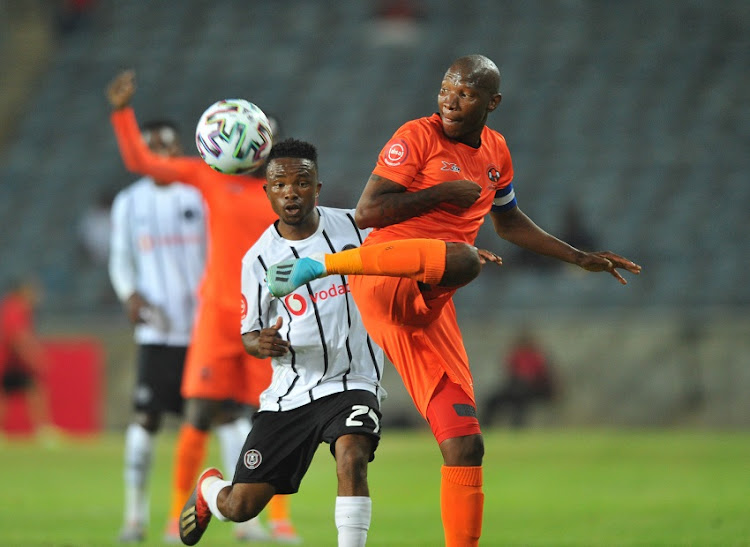 Six league losses on the trot will scare anyone associated with a professional football club‚ not Polokwane City’s influential midfielder and skipper Jabu Maluleke‚ who is surprised that his side is already being associated with relegation.

Following City’s 3-2 Absa Premiership loss to Orlando Pirates at Orlando Stadium on Tuesday‚ Maluleke was asked about Rise and Shine’s possibilities of facing relegation at the end of the current campaign if their form does not improve drastically.

The evergreen 37-year-old laughed off those suggestions‚ saying City play good enough football to get back to the promising form they showed at the start of the 2019-20 season.

In their six defeats‚ Polokwane lost 2-0 away to Highlands Park‚ 2-0 at home to Stellenbosch FC‚ 2-1 away to Golden Arrows‚ 5-3 away to Cape Town City‚ 1-0 at home to neighbours Baroka FC before their loss to Pirates.

Despite conceding 15 goals in those matches and only scoring five‚ Maluleke sounded confident that his team can start turning the corner in their home game at Old Peter Mokaba Stad8ium against Bloemfontein Celtic on Saturday.

“We started well this season‚” said Maluleke of the team’s four victories under Serbian coach Zaltko Krmpotic‚ who was fired and replaced by perennial caretaker-coach Bernard Molekwa after City’s form mthen turned sour‚ and a 5-3 defeat against Cape Town City.

“Yes things are not going well for us but we just have to keep our heads up. I’m proud of the boys for the good shift they put in [against Pirates].

“So we just have to look forward to the next game. I don’t think it’s time for us to be stressing about relegation.

“There’s still plenty of time of this season and we are not doing badly. There are teams below us but I’m surprised to hear the question of relegation.

“But we’ll take it and look forward and work hard to turn things around.”

It remains to be seen whether Polokwane’s management will stick with Molekwa if he loses a third match in a row against Celtic. But like Maluleke‚ Molekwa believes it’s just a matter of time before his team Rise and Shine again.