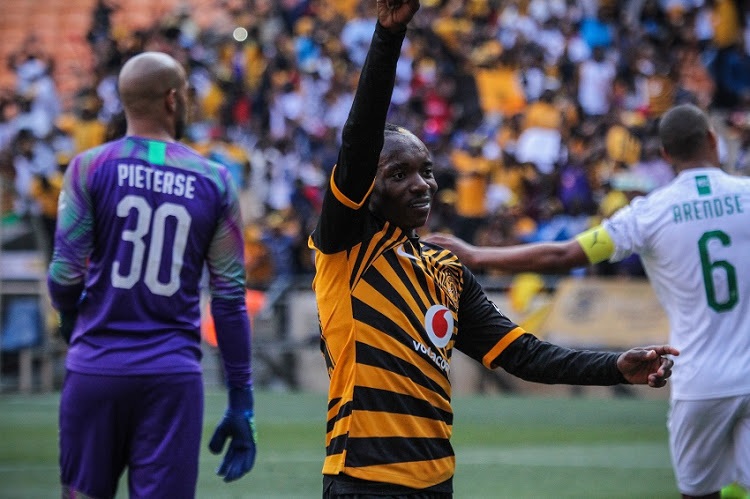 Khama Billiat's injuries while playing for his national team Zimbabwe are a source of frustration for Chiefs.
Image: BackpagePix

Kaizer Chiefs coach Ernst Middendorp has once again voiced his displeasure over the handling of his international players after star Khama Billiat returned from the national team with another injury.

Amakhosi badly missed Billiat in their Telkom Knockout semifinal clash against Maritzburg United which they lost 2-1 in Mbombela on Sunday. Billiat apparently exacerbated his hamstring while on duty for Zimbabwe last week.

"It's upsetting, he already went to the national team with a tight hamstring and there is nothing we can do," said Middendorp.

"He played with pain against Botswana and played against Zambia (last week). It was not going to be possible. We tried, but it was impossible to bring him in."

Fury as players left without flight tickets
Sport
2 years ago

It's not the first time the German expressed frustration with Zimbabwe. Earlier in the season Billiat picked up an injury while playing for his country.

Amakhosi suffered the consequences as the team lacked creativity in midfield in their loss to United. Middendorp felt his players were perhaps mentally thinking ahead of themselves.

"It's a deserved win [for Maritzburg] they had opportunities to score the second goal earlier and our defence was definitely not present. Our combination through the midfield was non-existent and we were just a bit surprising," he said.

Amakhosi return to the league in which they showed great form and are top of the standings. Billiat will undergo a fitness test ahead of their clash against Stellenbosch in Cape Town Stadium (7.30pm).

Bad blood between Billiat and Chiefs coach Middendorp? 'I don't know that‚' says the player

Khama Billiat has insisted that his relationship with Kaizer Chiefs coach Ernst Middendorp is “fine”‚ dismissing speculation of a personality clash.
Sport
2 years ago

Zimbabwe say they will not send a call-up letter to Khama Billiat for next week’s four-nations tournament in Zambia‚ also involving South Africa‚ as ...
Sport
3 years ago
Next Article