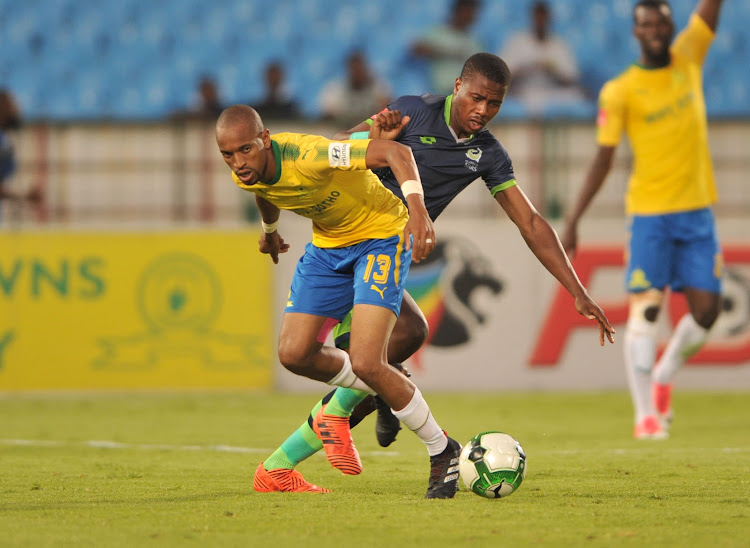 Mamelodi Sundowns’ hard-working midfielder Tiyani Mabunda has suffered an ankle injury which is a massive blow for the club‚ says coach Pitso Mosimane.

Mabunda was injured in a clash with his own goalkeeper after half-time in the last Absa Premiership clash against Maritzburg United and is expected to be out for up to three weeks.

“It’s unfortunate for him‚” said the coach.

“I’m upset for him that he is out. He is a player you can always rely on because he doesn’t whinge and moan. He doesn’t say‚ 'Why are you playing Rivaldo‚ or even Andile Jali ahead of me?'”

“I even played Seabi before him but he comes and plays and gives his heart. You can see that and that’s what I like about the boy.”

It was Mabunda’s first start of the season for Sundowns after he dropped down the pecking order in the list of the club’s defensive midfielders behind Hlompho Kekana‚ Rivaldo Coetzee‚ Andile Jali and new signing Sammy Seabi.

He had to be stretchered off and was therefore missing for the corner which saw Maritzburg equalise just before the hour mark‚ although Sundowns went on to win the game 2-1.

It is expected that Jali will combine with skipper Kekana in the starting line-up on Friday night when Sundowns host Cote d’Or of the Seychelles in the second leg of their Caf Champions League‚ second round tie.

Sundowns are already 5-0 up from the first leg away a fortnight ago where Mabunda scored a brace.