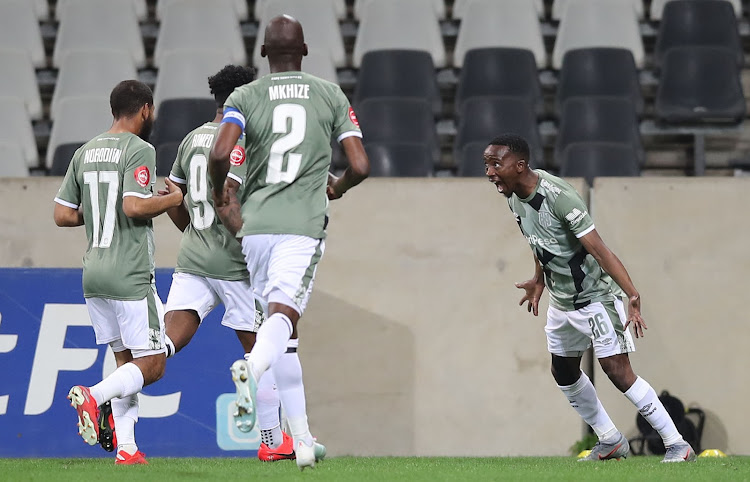 Diminutive Cape Town City midfielder Thabo Nodada is relishing being back on the park after a long injury layoff and is determined to savour more moments around the game.

Nodada announced his return to the game with two goals against SuperSport United at the Mbombela Stadium in Nelspruit last weekend after a broken leg last season and then a hamstring problem at the beginning of the new campaign kept him on the sidelines.

He is expected to be key for his club when City host Lamontville Golden Arrows on Sunday and he said sitting on the sidelines had offered him plenty of time to reflect.

“Every opportunity‚ whether it be five minutes or 10 minutes‚ counts much more because of the time that you were out.”

The 24-year-old said his spell on the treatment table had changed a lot of things.

“Just being out there for the first time in months‚ I felt no stress‚ no pressure. Whatever happened I was just happy to be on the field."

Nodada certainly took the opportunity back in the starting line-up with both hands.

Now Nodada says he has set himself the goal of getting back into the Bafana Bafana squad.

"Everyone at Cape Town City has said we have to go for everything this season. It cannot be an ‘almost’ season.

"This time round‚ despite the results we’ve had in the first five games‚ there needs to be a turn around and we need to go for the league‚” he added.