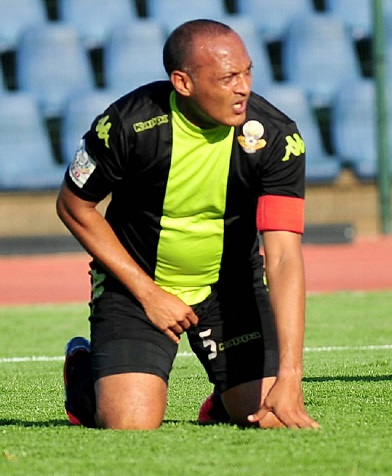 In recent years, South Africa has hardly been represented in Europe's best leagues such as Spain's La Liga, the English Premiership and Italian Serie A.

The last local player to nail down a regular place in a team in England's top flight was Steven Pienaar during his spell at Everton between 2008 and 2016.

On the flip side, SA players have been opting to return to the Premier Soccer League after just a few years in Europe.

Lebogang Manyama, who lasted just a year at Turkish Super Lig outfit Konyaspor, is one of the prime examples of those who have chosen to head back home after a brief spell in the leagues that are regarded as a stepping stone to greener pastures.

"I am not saying we don't have the talent, we've always had the talent, but it's the attitude, the commitment and also the guidance from managers [referring to agents], trying to push the players, make them believe they can become better than what they are," said Morris.

"If you look at our generation with the guys like Aaron [Mokoena], who played for Portsmouth and Blackburn Rovers in the EPL, the commitment and effort was evident."

The retired defender, who played in La Liga for Recreativo and Racing Santander in his heyday, continued: "When you get an opportunity to play abroad, you must make sacrifices and challenge yourself to be bigger than you are... be even better than what you are and prove yourself. I think the current generation lacks that."

"I don't see myself ready to coach a PSL team at the moment or being involved in a big setup. I believe that not all [former] footballers become good coaches," noted Morris.

Percy Tau has been “exceptional” since his move to Europe‚ and particularly to the Belgian top-flight‚ fellow Bafana Bafana international Lebogang ...
Sport
2 years ago