How Thamsanqa Gabuza got his groove back 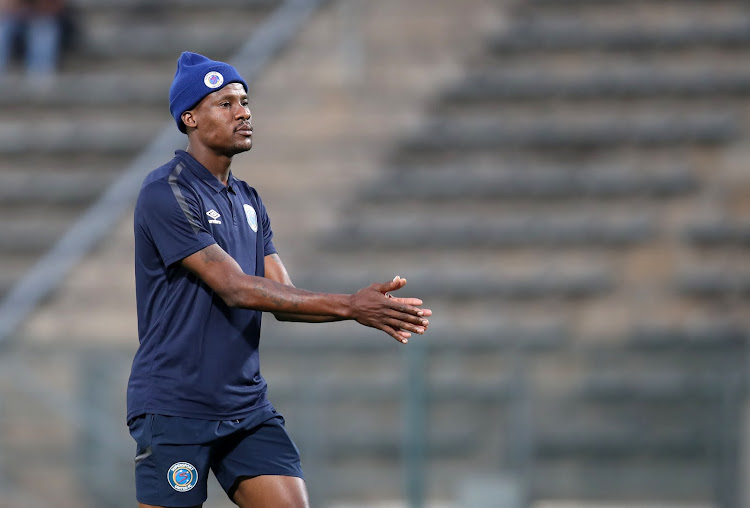 IT took ‘a little bit of love’ for SuperSport United coach Kaitano Tembo to find a way to help Thamsanqa Gabuza get his groove back.

A frustrated figure during his nightmarish six-year stay at Orlando Pirates‚ the former Bafana Bafana striker is slowly returning to his best under Tembo at United as striking partner to Bradley Grobler.

Gabuza featured in 95 matches at former employers Pirates and managed a poor return of 11 goals. But he has already found the back of the net four times in eight outings in all competitions at United where he was a surprise signing during the recent transfer window.

“He fits very well into our structure because of his high work ethic and at the same time he needs to be appreciated and given a little bit of love as well‚” said Tembo.

“I have said it before that he is one player who I admired‚ especially when he was still at Golden Arrows.

"His work ethic is unbelievable‚ he is a very good outlet and even when he was Orlando Pirates he was always a problem.

"I used to be worried when I saw him come on against us because I knew that the defence was not going to rest when he is around and that is what he gives us.”

Gabuza wrecked havoc with the Mamelodi Sundowns defence in their 2-0 win over United in the MTN8 semifinals at Lucas Moripe Stadium on Wednesday night and he was key to their passage to the final.

“We appreciate him as a player and we give him the love‚" Tembo said.

"That is what we are trying to give him so that he can really express himself. I know he is going to make mistakes but we must give encouragement because all the players make mistakes.”

Asked how he managed to get the better of the usually organized Sundowns‚ Tembo said they stuck to the fundamentals of their high pressing game.

“We are a pressing team because‚ that is the foundation and cornerstone of our game‚" he said.

"We try to work on that on a daily basis at training.

"When you press high you are able to create opportunities because you are closer to the opponents’ danger area.

"In the first game against Sundowns in the league‚ we did not do that very well and that is why they could come out.

“Tactically we were spot on and we managed the game well.

"When we needed to catch them on transition play we did that and we scored two good goals as well.

"What is important at this stage is that the team are going to the final.

"Last year we lost in the final against Cape Town City but we have another opportunity.”