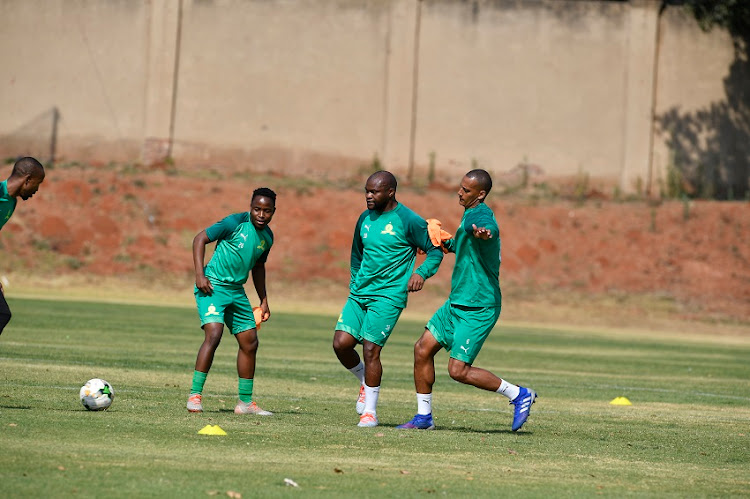 But it remains to be seen if the striker will make his debut on Wednesday as he joined Sundowns a week ago and has not kicked a ball in anger in almost two years.

“He is available for selection‚ why not‚” said Mosimane.

“We have registered him (Rantie) and Ali Meza‚ his mind is clear and he had a very good pre-season.

"If I can get Thapelo Morena and Rivaldo Coetzee available and at least one attacker in terms of Meza or Rantie to come from the bench‚ we cannot be having any excuse.

"I guess we will have any of those guys on the pitch‚ the line-up or in the squad.”

Mosimane pleaded with the Sundowns supporters to be patient with the former Bournemouth attacker as he has not played competitive football in two years.

“He has gone through a lot and somebody must help him‚" he said.

"I think Sundowns can give him that opportunity and let’s not put pressure on him because he has not played football for two years.

"Just take the boy off the streets‚ give him a break and the space and allow him to concentrate on football which is what he loves.”

Signing Rantie is a huge gamble and Mosimane admitted that he doesn’t know if he will reproduce his old magic.

“I have good memories of his being a powerhouse‚ but he is not a Themba Zwane or Gaston Sirino‚" Mosimane said.

"He is not going to give you the magic that you want but he is powerful on his feet‚ he has trained well and his condition looks okay.

"I have those memories and whether we are going to get that or not‚ I don’t know.

“It has been two years since the boy kicked a ball but if Lerato Chabangu can get enough chances to play football‚ why can’t we give Tokelo another chance to play because the guy is not old. He can still play.”

“We didn’t bring him to win the league because we have won the league two times without him and we have been to the Champions League semi-final without him.

"It is just me to give a gesture and a helping hand to a South African boy.”