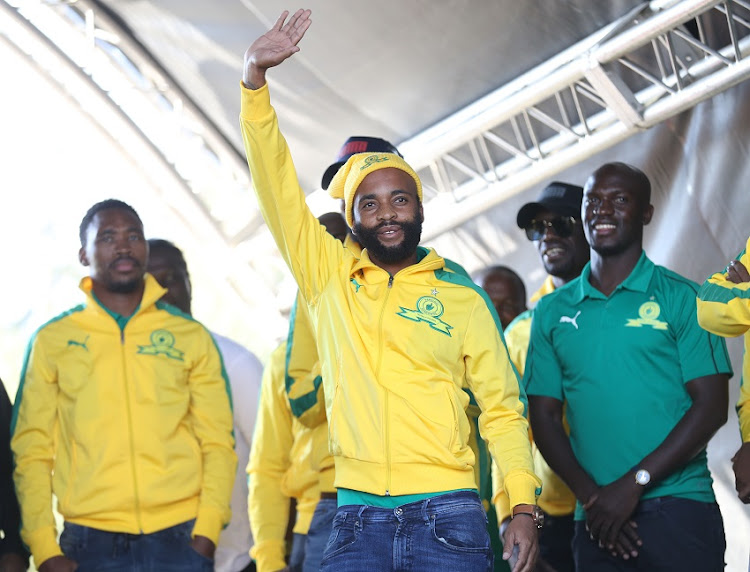 Mamelodi Sundowns' forgotten man Oupa Manyisa insists he is going nowhere and has vowed to force his way back into coach Pitso Mosimane's plans in the coming season.

The 30-year old former Bafana Bafana midfielder is stepping up his bid to return from exile and plans to catch Mosimane's eye during the club's ongoing pre-season camp.

“I am working very hard at pre-season to show coach Pitso Mosimane my commitment to the cause and force him to pick me‚” he said.

“I understand that these things happen in football and we all know that only eleven players can be on the field.

"The coach is the only one who will decide if he is going to play me but I will be ready when my chance comes‚” he said‚ adding that his fitness levels are improving with every training session.

“We are still at the beginning of pre-season and we will be going to Botswana and the Democratic Republic of Congo in the coming weeks to play friendly matches.

"My fitness will keep on improving.”

Manyisa only made four league appearances last season and was unable to force his way into the Brazilians' star-studded midfield.

Sundowns have won a record nine Absa premiership titles since the inception of the Premier Soccer League in 1996 and their fans will hope that the Brazilians bid for a 10th in the coming season.

They will start the coming campaign with a marksman’s target centred on the back but Manyisa insisted that they would be able to deal with the weight of expectation. “Going for a 10th league title will not put us under any pressure because it is our job to win titles‚" he said.

"We are preparing the same way we did last season and we must just go out there and try to deliver the expected goods.

"If it happens that we win a 10th league title‚ that will be good for the Sundowns family but if we don’t succeed we will try again the following season.” Manyisa said their main focus next season would as always be on the Caf Champions League and on winning at least one domestic cup competition. “We still want it (the Champions League) and we will go out there again to do our best and see how far we can go‚" he said.

"We are here at Sundowns to do the job for the fans by winning trophies.

"The Champions League is very important for the club and on the domestic front we want to win as many trophies as we can because at the end of the day we are judged by trophies.

"We have to try and win at least one cup competition because this is one thing we failed to do last season (Sundowns only won the league title last season).”