Kennedy Mweene calls on benchwarmers to soldier on 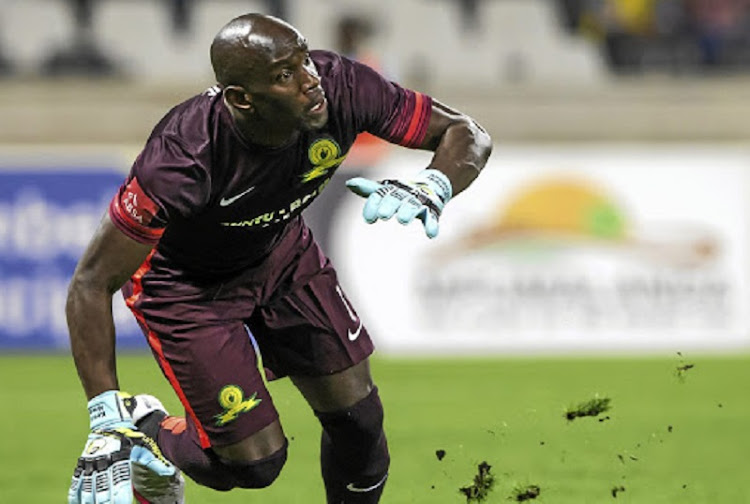 Kennedy Mweene of Mamelodi Sundowns has told his teammates to be more determined to win a place in the team.
Image: Dirk Kotze/ Gallo Images

Veteran Mamelodi Sundowns goalkeeper Kennedy Mweene has advised his teammates, who are seeing little game-time not to despair.

There are a number of players at Chloorkop who have been growing frustrated due to the limited action on the field of play.

The likes of Aubrey Ngoma, Oupa Manyisa, Thela Ngobeni and Ali Meza have played a few games this season.

Mweene has encouraged the benchwarmers to push harder during training sessions.

"When you join a team like Sundowns, you know that there are quality players and when you join, you are challenging yourself as a player," Mweene said.

"I always tell them that they must continue working hard and their chance will come. With the amount of games we play at Sundowns, there is no way that the same players can play every week."

A game at a time: Sundowns to fight for the three points

The Zambia international has proven his worth in the squad as he has deputised superbly when the first-choice stopper Denis Onyango is unavailable.

Mweene has even displaced Reyaad Pieterse in the pecking order as the second choice.

The 34-year-old has attributed his solid performances to the way he trains.

"So when their chance comes, they must take it. Attitude is very important because whether they play you or not, you must train the same," he said.

"The most dangerous thing for players is when they are not training well because when they start playing, then they will not perform. I don't believe in this thing of match fitness. If a player trains well, then there can be no issues about match fitness. When you get your chance to play, at least give a good performance for 45 minutes."

Downs have qualified for the CAF Champions League quarterfinals after finishing second in Group A.

In the draw for the last eight tomorrow, the 2016 African champions will face one of the top group finishers Al Ahly, Esperance or TP Mazembe.