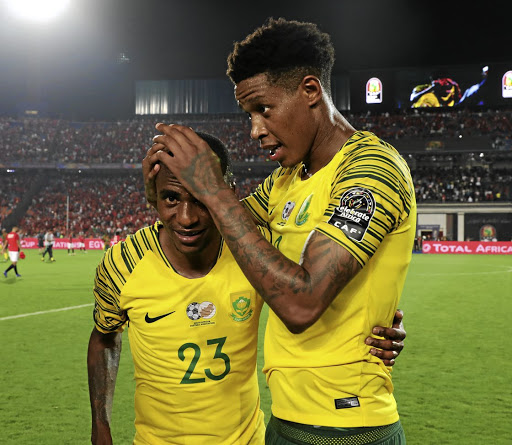 The family of Bafana Bafana star Thembinkosi Lorch buried his "closest" uncle just hours before he scored a goal that put SA into the quarter finals of the African Cup of Nations on Saturday.

Lorch's father Teboho Mokoena, told Sowetan yesterday the family laid to rest Lebohang Mokoena who, a few years ago, accompanied his son to sign a contract at Orlando Pirates.

"I told people at the funeral that I had a feeling that he may even score a goal and that goal could be the most important for the country," said Mokoena.

He said even though they didn't want to negatively impact on Lorch's preparations for the big last-16 match against Egypt in Cairo, they still told him of his uncle's passing. Lebohang was involved in a car fatal accident more than a week ago.

"According to our culture, we must tell a person [if such occurs in the family]. I told him via WhatsApp, he even reminded me that it was his uncle that went with him to Orlando Pirates to sign his contract," said Mokoena.

Mokoena said his son told him last week that he might play on Saturday in the crucial encounter against hosts Egypt.

"I was worried when he was not playing because I know his potential and capabilities," he said.

Mokoena added: "What he said to me was that he was not happy to be benched, but felt that it made him stronger mentally." 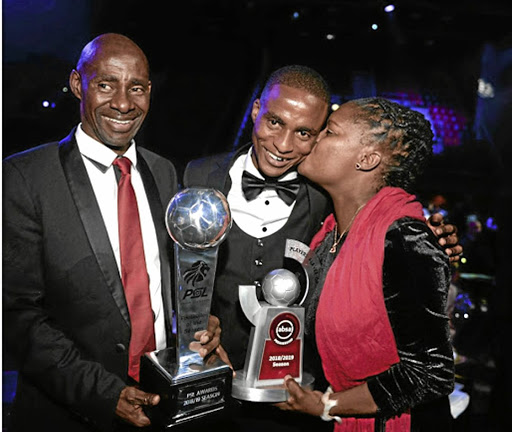 Mokeona was happy that his son has brought a smile to soccer-loving South Africans.

Nicknamed, Nyoso, the speedy player started playing for his father's team Mountain Eagles in Ficksburg, in the Free State, before moving to teams such as Maluti FET College FC, a former ABC Motsepe League team from Phutaditjhaba, which once shocked Pirates with a 4-0 win in the Nedbank Cup. Lorch was on the bench for that match.

"If you want to get the best out of him, put him under pressure, he's very brave and always wants to perform at his best," said Ramorebodi.

"Even when faced with opponents that are very aggressive, Thembinkosi wouldn't be intimidated easily," he said.

Ramorebodi said Lorch wanted to be a main force in any team for which he plays.

He told Sowetan about six years ago ahead of a crucial tough playoff game, Lorch sent him a text message at 3am on match day, saying: "Coach, if you play me today, you will get the best of me."

The reigning PSL Player's Player of the Season and Footballer of the Season was also named the man of the match on Saturday evening after his 85th minute goal ousted the hosts and one of the tournament's favourites.

When Bafana Bafana needed a performer with European-based pedigree and class to stand up to the threat of Egypt's Mohamed Salah and Trézéguet‚ ...
Sport
2 years ago

'If given a chance to play, I'll give it my best' Thembinkosi Lorch