Stellies find their Gould in Morgan 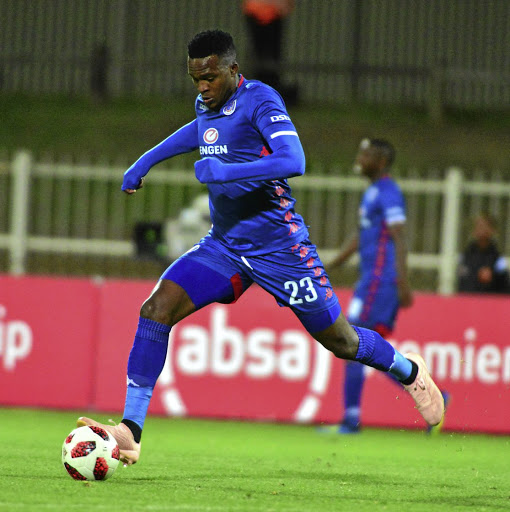 Morgan Gould will turn up for Stellenbosch FC this season./Philip Maeta/Gallo Images

Gould has been training with the Premiership rookies since last week after leaving Matsatsantsa-a-Pitori when his contract expired.

The 36-year-old declined an offer from the Tshwane club to take up a position within their office as the veteran felt that he still wanted to play.

Stellenbosch coach Steve Barker said the club will sign Gould in coming days. "He is training with us and hopefully, by the end of the week we will have finalised his signing," Barker said. "Morgan's experience will help us and his kind of influence in the dressing room will be important."

SuperSport United have given Kaitano Tembo a mandate to win at least one cup competition and also finish inside the top four next season after the ...
Sport
2 years ago

Stellies will be looking to add more experienced players in their squad ahead of their debut season in the top flight.

It is not the first time that Barker has led a team from the NFD to promotion after having done so with AmaTuks in 2012. The 50-year-old plans to use his previous experience with the other university club in the upcoming season.

"Last time around with Tuks we finished eighth in our first season and then 11th in the following," he said.

"But things are obviously different now and football has changed. We just need to build a solid team and make sure we have depth in all positions."

With players having reported for pre-season training camp last week, Barker has not made sweeping changes to the squad that was crowned NFD champions in May.

"We have kept a majority of our squad and haven't made wholesale changes."

Veteran midfielder Reneilwe Letsholonyane will not be given preferential treatment and will be judged like any other player when contract ...
Sport
3 years ago
Next Article