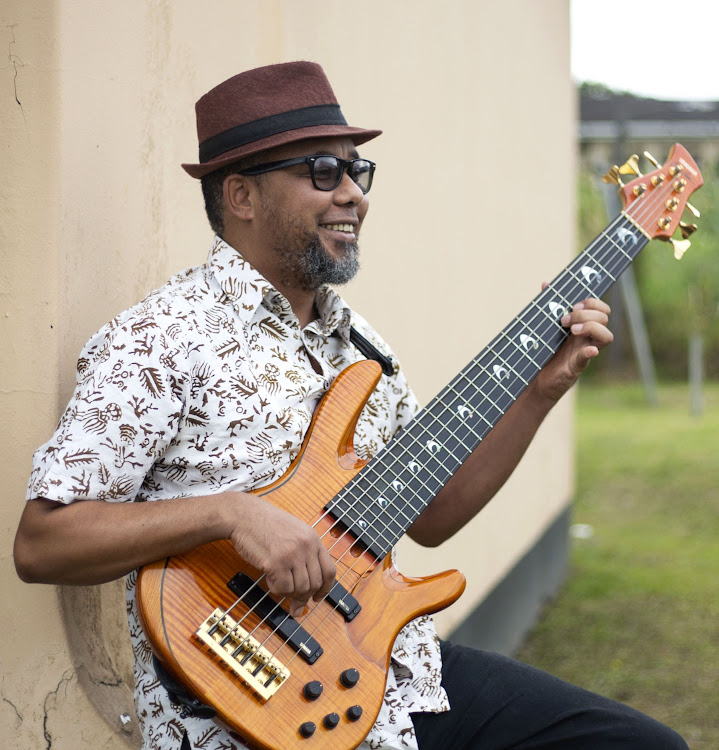 Durban musician Musa Manzini had a brain tumour removed while he strummed his guitar on the operating table.
Image: Rogan Ward

The removal of a brain tumour from a musician while he strummed his guitar on the operating table has earned two Durban neurosurgeons top honours from the provincial health department.

Dr Rohen Harrichandparsad and Dr Basil Enicker were among several state health care staff who were recognised at the annual service excellence awards in Pietermaritzburg on Monday.

The neurosurgeon team from the Inkosi Albert Luthuli Hospital made international headlines when they removed a tumour from musician Musa Manzini’s brain in a procedure known as "awake craniotomy" in December last year.

The procedure is fairly standard, but this was the first time medical staff had a musician on their table playing an instrument as they worked.

Dr Les wants to bring healing to people through music

Music is my first love, says the medic.
Lifestyle
2 years ago

A video of the six-hour surgery went viral shortly after the operation.

A month after the operation Manzini, 47, well-known in jazz circles, was given a clean bill of health.

Harrichandparsad told TimesLIVE that he was "pleased, privileged and humbled by the recognition" they had received.

"Success is earned in the service of others and I consider myself fortunate to be given the opportunity to succeed," he said.

Dr Khayelihle Ngcobo, also from Inkosi Albert Luthuli Hospital, was recognised for graduating as a cardio-thoracic surgeon against considerable odds, and for being a role model for others.

Another medical expert, Dr Lindiwe Sidali, was honoured for graduating as the first black  female cardio-thoracic surgeon in South Africa and one of only a few on the continent.

An emergency medical services team was lauded for "their heroic efforts during the rescue of a baby who had been thrown into a storm-water drain in Newlands East, Durban, in February, while Dr Timothy Hardcastle from the trauma unit at Inkosi Albert Luthuli Hospital was recognised for successfully treating the rescued baby.

Security guard Nkanyiso Xaba was recognised for his bravery after rescuing patients during a fire outbreak at Umphumulo Hospital, in northern KwaZulu-Natal, also in February.

Either patient or doctor, keep records in case of litigation

The decision really highlights the value of keeping proper records of discussions leading to an informed consent, to avoid protracted legal ...
Opinion
2 years ago
Next Article