Orlando Pirates can prove win over Wits was no fluke 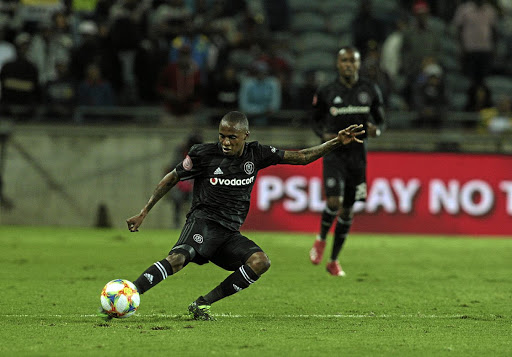 Orlando Pirates will have a chance to prove to their doubters that they are not top of the Premier Soccer League by luck.

The Buccaneers climbed to the summit of the premiership after a fortuitous own goal in the last minute against Bidvest Wits at the weekend.

The Sea Robbers will next face Black Leopards at the Orlando Stadium tomorrow (7.30pm).

This will be Pirates' chance to turn this lucky break into a fully-charged storm for the title.

Bucs will also welcome back influential playmaker Thembinkosi Lorch, who was suspended for the Wits encounter.

Defeat in the Limpopo derby at the weekend might well turn out to be a positive for Black Leopards‚ who are next up against Orlando Pirates in the ...
Sport
2 years ago

The club will have a chance to become the outright league leaders as they are currently tied with Mamelodi Sundowns on 44 points.

Bucs coach Milutin Sredojevic urged his team to let the win spark a strong run in the remaining five games.

"We are fully aware that all this is not valid if we do not refocus on the next game against Leopards," he said. "I believe the win is a good injection of motivation to our players and technical team. In the last five games we are going all out and focusing match by match."

Lidoda Duvha, on the other hand, will be reeling from their 3-1 loss to Polokwane City after relinquishing a lead.

Orlando Pirates coach Milutin Sredojevic refused to accept that their last-gasp 1-0 win over Bidvest Wits in Milpark on Saturday was an undeserved ...
Sport
2 years ago

With 25 points, the 12th- placed Leopards are only a point ahead of Chippa United, Baroka and Free State Stars who are all in the relegation mix, while Maritzburg United are at the bottom with 20 points.

"We can't have players missing like they did against Polokwane and can't give the ball away against Pirates because they will punish us," Kerr said. "We have to look at where we went wrong and correct it."