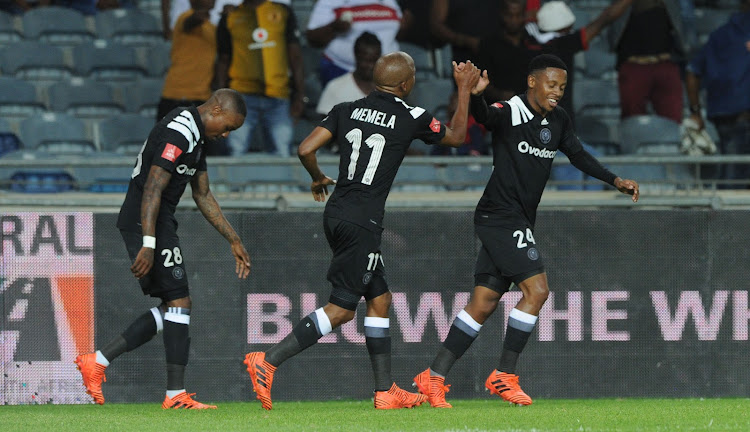 A Keagan Ritchie own goal right at the death of this match gave Orlando Pirates one of their undeserved victories this season and perhaps revived their chances of wresting the Absa Premiership from defending champions Mamelodi Sundowns.

The win moved Pirates back to the top of the table on 44 points and are only ahead of Sundowns via a slightly better goal difference after Ritchie headed Luvuyo Memela’s free kick into his own net when a 0-0 stalemate was written all over this match.

The first half was a mixed-bag of some shocking errors and misses by both sides and the second period was no better, with neither side upping the tempo of the match right until Ritchie’s unfortunate own goal.

Referee Victor Hlungwani was also not helping matters with his decision to breath with his whistle, blowing for almost each and every minimal contact in front of his eyes.

That Hlungwani only produced four yellow cards, two for each team, was mainly as a result of his over zealousness than the fact that there was much rough tackling to shout about in this match.

While it took Pirates 19 minutes to have their first shot in anger, it was the home side which should have opened the score with Ritchie, Gabadinho Mhango and Gift Motupa failing to punish the visitors when they had some good chances inside the first ten minutes.

Mhango did carve himself a good chance inside the referee’s optional time in the first half but his curling shot missed Wayne Sandilands’ post by a few inches.

With Thembinkosi Lorch suspended and Vincent Pule still injured, Pirates coach Milutin Sredojevic was forced to give striker Thamsanqa Gabuza his first start since his last dramatic match against Black Leopards towards the end of August in which he left the field in frustration after being booed by Pirates supporters for missing as many sitters.

There were murmurs again from the Bucs faithful against Gabuza in this match when he missed two easy chances towards the end of the first half.

In the second stanza the noise against Gabuza grew louder and it came as no surprise when his bench got him out of his misery when they replaced him with Thabo Qalinge in the 69th minute.

Wits have dominated this fixture in the past three seasons but they couldn’t follow up on their 1-0 away win in the first round, with coach Gavin Hunt perhaps guilty of starting the match without his talisman, Deon Hotto, who couldn’t change the outcome after coming off the bench for the first time this season.