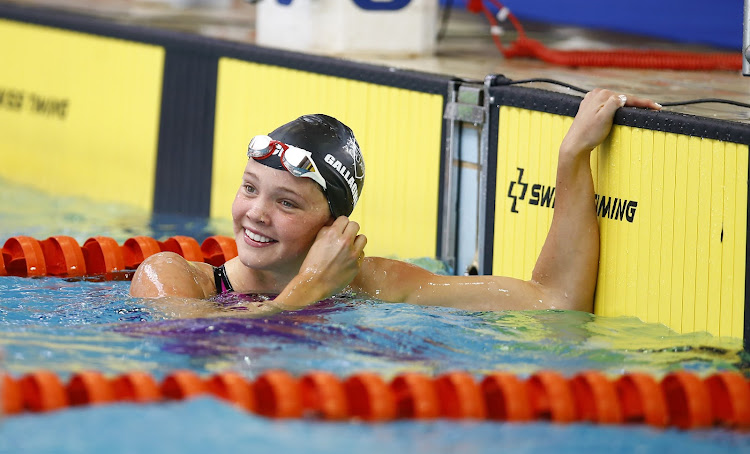 Erin Gallagher became the first woman to achieve a qualifying time for the 2019 swimming world championships when she won the 100m freestyle on the opening night of the national trials in Durban on Monday.

Gallagher clocked 54.34sec for the gold medal‚ comfortably inside the 54.49 qualifying mark for the international showpiece in Gwangju‚ South Korea.

But‚ more impressively‚ her time was 0.04sec quicker than the qualifying mark for the 2020 Olympic Games in Tokyo, Japan.

National coach Graham Hill‚ who also trains Gallagher at Lahee Park in Pinetown‚ has frequently spoken about the need for Olympic hopefuls‚ if they want to be competitive‚ to hit Games qualifying times a year out.

The national championships that run until Friday are expected to see several women qualify for the world gala in July.

Schoenmaker and Kaylene Corbett are in action in the 200m breaststroke on Tuesday.

In the men’s race‚ Gallagher’s former stablemate Chad Le Clos was the only one to achieve a qualifying time on Monday night‚ going 1min 56.21sec in the 200m butterfly.