Chiefs coach Middendorp used to wonder: ‘What the hell is Ekstein doing?’ 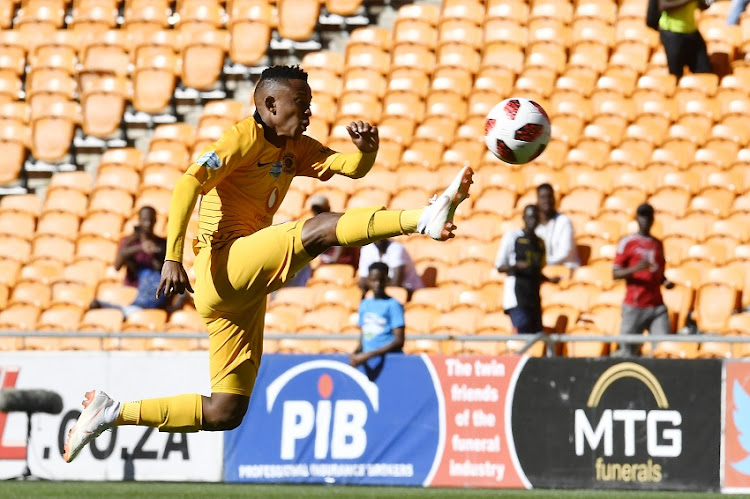 Kaizer Chiefs coach Ernst Middendorp has urged Hendrick Ekstein not to make a rash decision on going elsewhere when the talented but enigmatic midfielder has finally found a coach who believes in him.

Ekstein has been in unresolved contract renewal negotiations since January.

Middendorp said it would be sad if the midfielder‚ previously so flawed having come through the youth ranks very late at 24 in 2015‚ and finally playing better structured football under Amakhosi’s coach at 28‚ were to make a decision to leave Naturena.

Ekstein produced one of his most complete performances in a Chiefs jersey‚ scoring their opener in the 30th minute‚ in Amakhosi’s dynamic 2-0 Nedbank Cup defeat of Cape Town City at Mbombela Stadium on Saturday.

It said something of the relationship between the two‚ and the direction Middendorp has brought to Ekstein’s game‚ that when the midfielder was taken off in the 76th minute he was embraced by the coach.

Middendorp admitted on Thursday that he was also once sceptical of Ekstein’s quality.

“I am honest – when I saw him in the past I said‚ ‘Oh my goodness‚ what the hell is this player doing?’‚” Chiefs’ coach said

“And when I came to Chiefs I had the same impression on the field. I said‚ ‘Oh yissus’.

“But it was by accident [I saw the quality]. That is why I don’t have issues with anybody.

Kaizer Chiefs defender Ramahlwe Mphahlele is well known for speaking his mind and telling it like it is when he’s asked of his team’s prospects.
Sport
3 years ago

“If I think and feel‚ OK‚ there could be time now to bring a certain player in‚ like with [Madagascan midfielder] Dax‚ coming and playing a fantastic game [against City].

“Hendrick came in‚ in the second half [of the season] because Philani Zulu‚ in the midfield role‚ was knocked out with some broken bones in his face.

“And Hendrick took the chance. I thought‚ ‘Hmm‚ that’s something that I can fine-tune to get him in for these creative moments’.

“But‚ if I were him‚ starting at 24‚ and at 28 there is a first time in my life that there is somebody on the technical team who believes in his quality‚ and probably I have another five years to go‚ the idea to change‚ to go somewhere else‚ would be my last one.

“But OK‚ players have agents‚ they have uncles‚ and they sometimes think that to have R10 a month more makes some kind of difference.

“But he should ask other players who thought the grass was greener on the other side‚ and then after two months they call and say‚ ‘Can I come back?’.

A day after Mamelodi Sundowns coach Pitso Mosimane complained about the delay in the Wayne Arendse eligibility issue, it has emerged that a verdict ...
Sport
3 years ago

“I can only give him the advice to stay. And he is definitely a player with high quality. One of the best I have worked with – I said it months ago‚ in January‚ and not just today.”