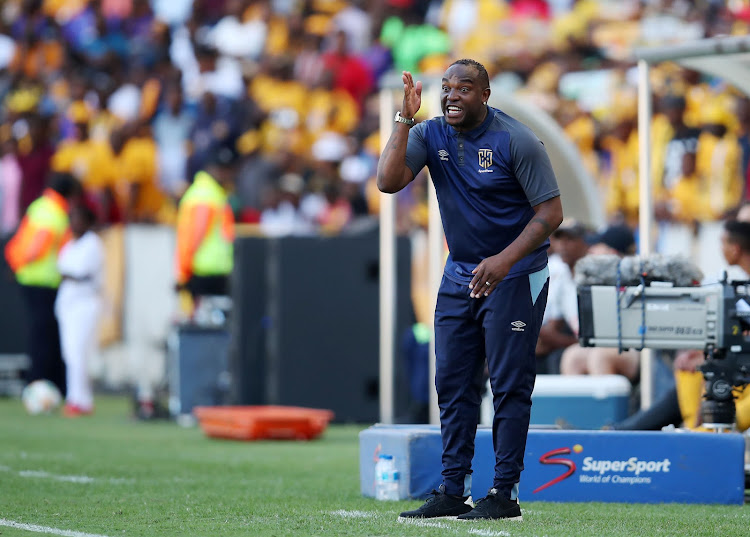 It was one hurdle too many for his Cape Town City side‚ said coach Benni McCarthy‚ after a comprehensive defeat in the Nedbank Cup quarter-finals by Kaizer Chiefs on Sunday.

“The experience came into play. I think they had a hunger that was more than us‚ they played with a desire and as a team.

“If this was the last game ever played in the world‚ that’s the kind of performance you want to go out with‚” he said of Chiefs’ dominance in the 2-0 victory at the Mbombela Stadium that keeps AmaKhosi on track for a first trophy in four seasons.

City‚ who have already won the MTN8 this season‚ looked no match for their hosts.

“They were first to everything. They were hungrier‚ had more desire and created more chances.

“We were just so slow to get out the blocks.

“When you start like that against a team like Chiefs‚ they will punish you‚ especially with the quality they’ve got … Billiat‚ Parker – what an exceptionally intelligent player.

“Ekstein also did a great job. He played nicely between the lines and every time he had the ball‚ he was committing our defenders to come at him which allowed Parker and Billiat to get free.

“It worked well for them. They deserved it. It would have been a big injustice had we gotten anything out of this game because we didn’t play like a team that should be in the semifinals.

“If you want to win cups‚ you’ve got to be better prepared‚ better equipped than what we were today. We got punished and deservedly so!” he said.