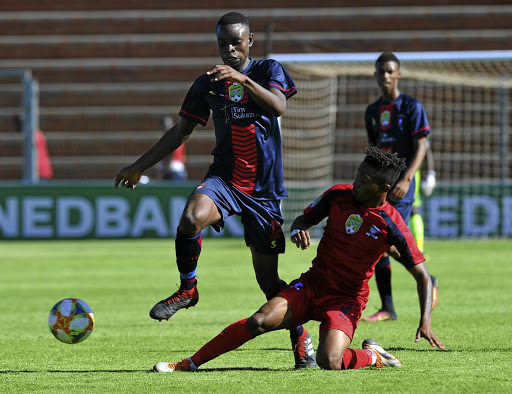 Jomo Cosmos owner-coach Jomo Sono has responded to his ex-player Christopher Katongo's opinion that he's a salesman that's why the club barely lasts in the Premiership.

Responding to Katongo's remarks Sono justified his approach by saying he would never run the club out of his own pocket, adding that would starve his family.

'Salesman' Sono is reason why Cosmos are stagnant - Katongo

Retired Jomo Cosmos striker Christopher Katongo has given his opinion on why Ezenkosi barely last in the top-flight.
Sport
2 years ago

"I respect people's opinions. But whoever has an opinion must come in and feel the pressure I am feeling here.

"I do not sell players and then I go buy a Mercedes Benz or a Porsche. I take that money to run the club because I have to pay salaries."

Cosmos crashed out of the Nedbank Cup at the hands of fellow National First Division (NFD) club TS Galaxy who beat them 1-0 at the weekend.

Sono admits their elimination is a blessing in disguise, feeling it gives them a good opportunity to improve from their unfavourable position on the log - 12th.

"We wanted to compete. we wanted to go forward [in the Nedbank Cup], but we couldn't. We have to concentrate on the league. So I am happy for the team to be out."

He explained the absence of one of his most influential defenders Sicelo Hlatshwayo against Galaxy, saying that the centre-back has unbelievably lost his form.