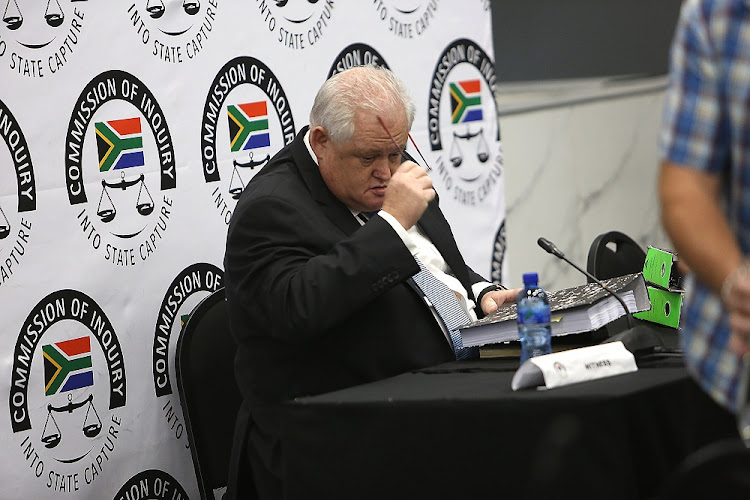 The department of correctional services has activated an emergency response plan to ensure that inmates are fed after its service provider Bosasa filed for voluntary liquidation.

The African Global Operations, formerly known as Bosasa, announced yesterday that it would be winding up.

This came after FNB and Absa informed the company of their decisions to close its banking accounts. The department had started reviewing the multi-million rand contracts it has with the company, following the damning testimony by former Bosasa COO, Angelo Agrizzi at the Zondo state capture inquiry.

The company, which is embroiled in allegations of state capture, has gone into voluntarily liquidation following the closing of its bank accounts
News
3 years ago

Department spokesperson Singabakho Nxumalo said a war room had been set up to draw up an operational plan in case of disruptions to nutrition services. "Any possible interruption of service related to African Global Operations will only be limited to seven management areas out of 46; housing 46,434 inmates, which is 29% of the total inmate population," he said.

Nxumalo said an emergency response plan has been activated to mitigate identified and accidental risks that may emerge during the transition.

"A security plan has also been activated which will ensure that safety and security is maintained. The department met with National Treasury yesterday to set up systems to address any challenges that may arise during the transitional phase," Nxumalo said.

He said the department had already started reviewing the contracts it had with the controversial company.

"The department is at an advanced stage in terms of developing an alternative food services plan," he said.

The department of correctional services has set up a "war room" to handle the fallout from the liquidation of embattled facilities management company ...
News
3 years ago

Agrizzi gave damning testimony at the Zondo Commission of Inquiry into allegations of state capture on the corruption and bribes relating to the firm's contracts with various government departments.

African Global Operations' Johannes Gumede yesterday said they received notification from the banks of their decision to close its bank accounts by the end of February.

"The extensive reputational damage in the past few months, occasioned by negative media reports, has resulted in financial institutions' determination that the African Global group poses a reputational risk for them as client," Gumede said.

Since Agrizzi's testimony, four former top correctional services officials have been
arrested and charged with
corruption and money laundering.

Gwede Mantashe insists that he does not have a corrupt relationship with the controversial Bosasa company.
News
3 years ago

Linda Mti allegedly enjoyed free flights‚ accommodation and even had a traffic fine paid in exchange for his role in tenders awarded to Bosasa.
News
3 years ago

Following the arrest of five high-profile suspects the Hawks have said more arrests could follow.
News
3 years ago
Next Article