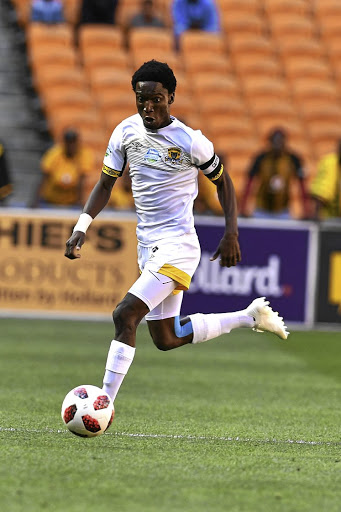 With their skipper Marks Munyai frozen out and his understudy at right-back Khuliso Mudau suspended for their league clash against Mamelodi Sundowns at Loftus Versfeld tonight (7.30pm), Black Leopards are faced with defensive crisis.

Speaking to Sowetan yesterday, Leopards coach Dylan Kerr confirmed Munyai won't feature against Sundowns, pending an internal investigation after it emerged that he signed a precontract with Highlands Park.

The Leopards captain also did not play in their 3-0 drubbing by Bloemfontein Celtic, where stopgap right-back Mudau was sent off, last Sunday.

"Munyai won't play against Sundowns. We are trying to establish what has been happening with him [after it was alleged he signed a precontract with Highlands]. We are thin at the back because Mudau is suspended. But the beauty of it is that everyone wants to play," said Kerr.

Black Leopards’ coach Dylan Ker is hoping for a positive reaction from his players to their drubbing in Bloemfontein on Sunday when they take on ...
Sport
2 years ago

"I must tell you that Munyai is not banned. We are not playing him because we are still investigating, but he's part of the team. He trains with the rest of the boys. everyday."

The Lidoda Duvha mentor feels beating Sundowns would boost their confidence as they try to starve off relegation. Lidoda Duvha has accumulated merely 20 points from 18 matches, and sit on position 12 on the log.

"Beating Sundowns would boost our morale. They are fighting for the league title while we are battling to move up the log, that makes an exciting match,'' noted Kerr.

Sundowns come into this match high in confidence after their 3-1 thumping of Ivorian powerhouse ASEC Mimosas in the CAF Champions League last Friday. The Brazilians' win would have wiped off tears following a 2-0 shock defeat to AmaZulu last week.