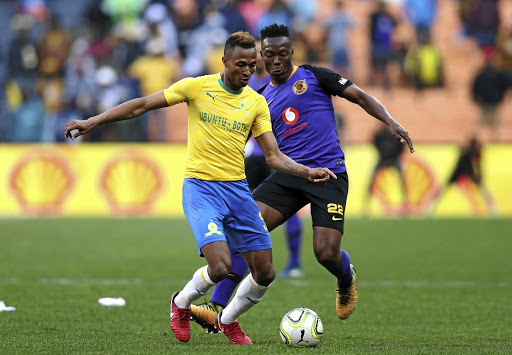 With striker Toni Silva being the latest foreign African flop to leave Mamelodi Sundowns, the club perhaps needs to reassess its transfer policy.

The Brazilians have had a number of transfer flops from up north in the continent, with many failing to last more than 12 months at Chloorkop. In the past five or so seasons, players including Ejike Uzoenyi (Nigeria), Fiston Abdul Razak (Burundi), Fares Hachi (Algeria) and Yannick Zakri (Ivory Coast) have all come and gone after failing to make an impact.

The Sundowns of old traditionally had squads with quality players from the West and Central African region. It has been a struggle to find players with the legendary attributes of former greats Roger Feutmba (Cameroon), Raphael Chukwu (Nigeria) and Siaka Tiene (Ivory Coast) at Downs.

Feutmba says the standard is high in the Downs squad. "[For] some players it's the first time they are coming out of their country and [they] find it difficult to adapt in SA," he told Sowetan.

"Football teams nowadays don't have the time to wait for a player to adjust. In the end the team releases the player because he is not adapting and the player also needs game time. For us we had European experience already and we had a lot of knowledge about professional football. That counts a lot."

Silva - The striker lasted only six months after four league appearances. He has joined Al Ittihad from Egypt.

Zakri - The striker joined Downs in 2016 from ASEC Mimosas. He was shipped out on loan at Ajax last season and is now at Maritzburg United.

Hachi - The left-back joined from ES Setif in 2017. He struggled for game time and went on loan at Chippa United in 2018.

Razak- The attacker joined from Sofapaka in 2015. He was on loan at Bloemfontein Celtic before eventually leaving.

Uzoenyi - Regarded as the most expensive flop ever at Downs, Uzoenyi was reportedly signed from Enugu Rangers for R12m in 2014. He did not score a goal before he left in 2017.