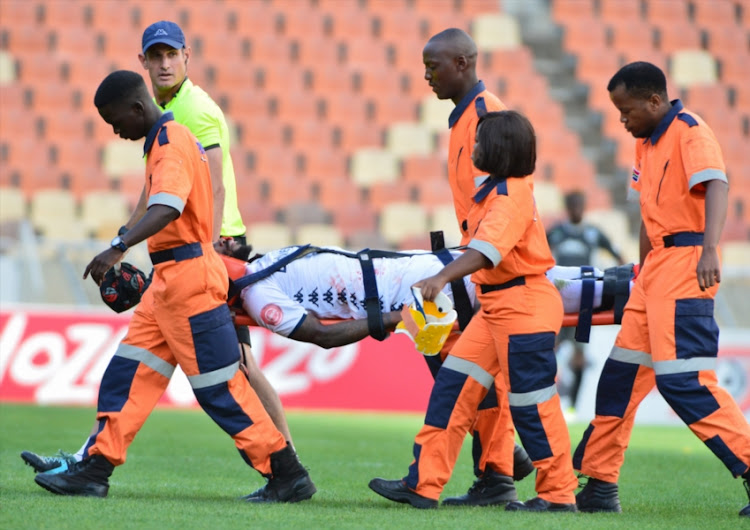 Bafana Bafana captain Thulani Hlatshwayo was laid out cold again at the weekend in what is his third serious concussion playing top level football and must sound alarm bells about his future well being.

Hlatshwayo is at home recovering from a knock on the head and has gash across his face after Sunday’s 2-1 win for Bidvest Wits over Baroka FC at Polokwane.

He was kicked in the head by Tebogo Sodi near the end of the game and received six stitches to a gash just below his eye and along his cheek bone.

The Wits centre back was carried off the field completely knocked out by the blow and has been sent home to rest while his teammates prepare for their last game of the season against Chippa United on Friday.

Scans have revealed no fracture to his cheekbone as had been originally feared.

But his eyes are swollen and it could be weeks before Hlatshwayo is ready to play again.

But having suffered similar concussion in the past‚ there must be concerns that the tough-tackling defender could feel the effects later on in life.

Cranial trauma has become a major issue in American Football where head clashes are frequent and ex-players suffer a variety of ailments‚ as a result‚ later on in life.

Hlatshwayo suffered concussion after a clash of heads in the 2015 African Nations Cup finals in Equatorial Guinea and again in April when he missed four Premer Soccer League games because of concussion.