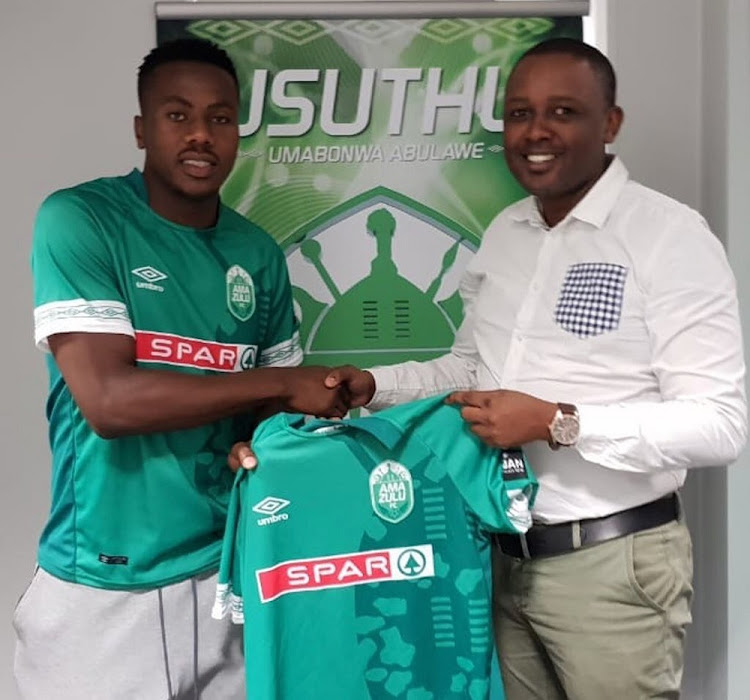 AmaZulu coach Cavin Johnson has lauded Bonginkosi Ntuli and Ovidy Karuru for making things easier for Emiliano Tade as the Argentina-born striker proves to be a good buy for Usuthu.

It was Tade's brace and a goal from the ever-green Siyabonga Nomvethe that handed AmaZulu their third league win on the trot against Bloemfontein Celtic on Wednesday night.

Johnson is excited to see his striking combination of Ntuli, Karuru and Tade bearing fruit. Tade joined Usuthu from Auckland City of New Zealand at the start of the season.

Tade brings relief to Usuthu with winner
Sport
3 years ago

"If he [Tade] finds himself in better positions, he will score a lot of goals. As a coach you wish they [players] stay like that and keep going all the time."

Johnson is looking forward to this tricky trip to Venda. The joyful Usuthu coach knows the match will be no walk in the park, especially because Lidoda Duvha boast a new coach in Dylan Kerr.

"Have you ever been to Venda? [Johnson asked journalists. It's a beautiful place right? It's just red. everything you see is red, the sand is red. It's one trip that we do once a year. We hope to take right players with us in order to experience Venda.

"We know that Leopards are a difficult team to play against. They have a new coach. it's always like new broom sweeps clean."