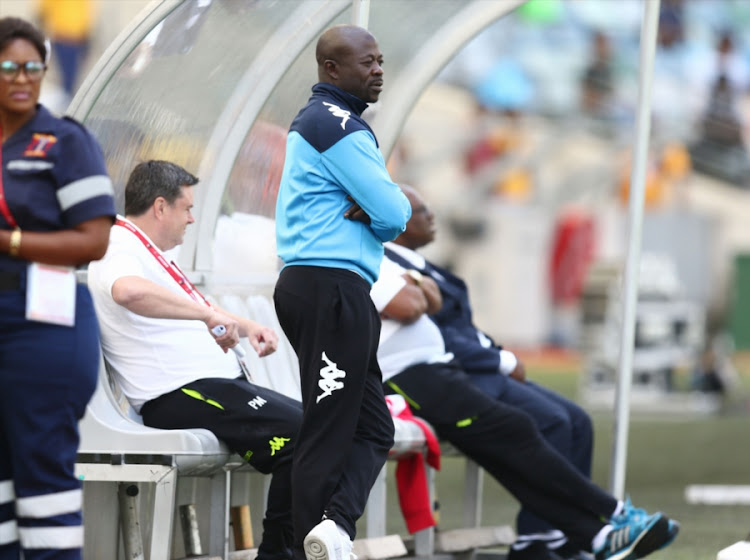 Matsatsantsa's 1-0 loss to Kaizer Chiefs on Wednesday meant they've gone three games without a win in the league.

Prior to that, SuperSport had lost 2-1 to their cross-town foes Mamelodi Sundowns. Their Tshwane derby heartbreak came after a goalless draw away to Celtic.

What makes Tembo's future look even more precarious is that he could not help the Tshwane club defend their MTN8 title as they lost on penalties to Cape Town City in the final in August.

While reiterating his faith in his squad, the SuperSport mentor conceded they miss injured players such as his skipper Dean Furman and Bradley Grobler.

"Those are two big players [Grobler and Furman]. I think you can see the difference when they are not playing. It's been a big setback for us because when they are available we are a different team," said Tembo.

"But we have to soldier on until they come back. The guys who are available have done well, we need to give them credit as well."

In the wake of their rather flat display against Chiefs, Tembo outlined a number of aspects that let them down as George Maluleke's exquisite strike proved the difference.

"Our pressing was not good. We did not have quality possession while they played into effective areas. We played in phases but really did not threaten them. We lacked that cutting edge going forward and [our] decision-making was not that good," said Tembo.

Tembo hopes for an improved display when they host Maritzburg United at Mbombela Stadium tomorrow (6pm). SuperSport visit Highlands Park for their last match of the year on December 23.