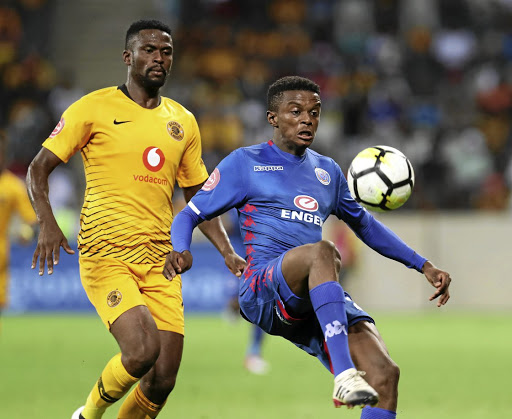 It's not an ideal situation to make technical team changes halfway into the season, but there are ways Kaizer Chiefs could pass through this phase while winning.

Ernst Middendorp has replaced Giovanni Solinas as coach and hit the ground running with a 1-0 win against SuperSport United at Mbombela Stadium midweek.

Middendorp's job was made difficult by the fact that some of Chiefs' key players like Itumeleng Khune, Ramahlwe Mphahlele and Willard Katsande were sidelined through injuries or suspensions.

But Chiefs still came through unscathed, with Kgotso Moleko taking Mphahlele's place for only his third game of the season.

In other areas, George Maluleka took his place in midfield and delivered not only with the goal but was the Man of the Match.

It's a new start for all the players, and even those that were probably throwing in the towel like Moleko will welcome a second chance.

The Chiefs supporters would be pleased to hear Middendorp say he'd do everything in his power to achieve the results, even though not everyone is going to accept his coaching philosophy.

"Sometimes I have some crazy ideas of positioning players and I'm all aware about it," Middendorp said after their SuperSport win.

"But I can only promise that I have one target to maximise the potential of the team and the performance levels of Kaizer Chiefs to be successful in the end, that is my main job.

"You can probably understand that not much capacity is left to be busy with some other stuff," he said.

Middendorp will be forced into a couple of changes when they host Madagascan side ASSM Elgeco Plus in the Confederation Cup first round, first leg at Moses Mabhida Stadium tomorrow (8.15pm).

For example, he would be forced into changes because for one, Moleko is not registered for CAF. Katsande, meanwhile, will be available, but Khune, who has a cut on his hand, would probably be rested again.