Homeboy Puleng Tlolane keeps it humble back in 'ZB' 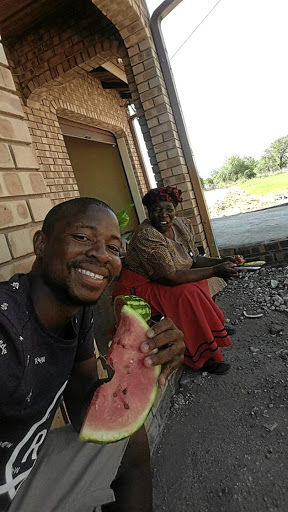 This saying applies to Puleng Tlolane of Polokwane City and it fits him perfectly.

Born in Zebediela in Limpopo 27 years ago, Tlolane has been a professional footballer for some years now and is currently on the books of Polokwane City.

But when he goes back home he remains a humble young man and likes hearing old tales from one of his relatives, Mary Tlolane, who's like a grandmother to him.

"My real grandmother passed on in 1998, but she [Mary] is part of the family and I call her my grandmother.

"I have four brothers and I'm the last born.

Yes, it takes a village to raise a child and the attacking midfielder sees to it that the people in his village don't have a negative view of him.

"I'm a pro footballer, but I don't give them attitude.

"I respect the people at home and when I'm walking by and someone calls me, I go to them," he says.

"I shouldn't change just because I'm a footballer.

"Those people were my people before I became a pro footballer and they remain my people today."

During his breaks from the game, Tlolane takes time out to participate in tournaments in Zebediela or "ZB" as the locals call it.

"It's something that gives the boys confidence.

"We play alongside each other and like me, they would be encouraged that they can also reach the top.

"I'm just happy I fulfilled that dream. I remember my mom didn't want me to play football and would rather have me focused on school.

"But she was happy the first time she saw me on TV," continued Tlolane, who played his first match for Rise and Shine against Witbank Spurs in 2012 during their days in the National First Division.

"You remain a part of your people whether you find fame or not," Tlolane added.