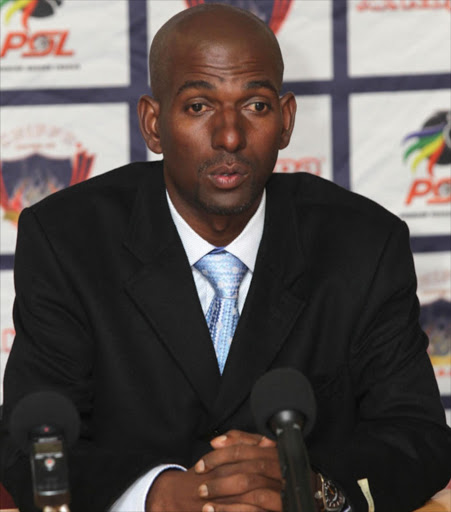 His achievements in a short space of time in coaching made Mboneni "Roger" Sikhakhane a beacon of hope to many young black coaches.

Sikhakhane died last Saturday at his home in Wasbank, KwaZulu-Natal, after a long illness. He would have turned 43 on November 30.

At the time of his death, Sikhakhane was placed on a sick leave by the last club he coached, Royal Eagles, who are campaigning in the National First Division (NFD).

Eagles' general manager James Dlamini told our sister publication TimesLIVE shortly after the news of Sikhakhane's death on Saturday that the revered mentor had been seriously ill, and had been in a new private hospital in Empangeni, in northern KwaZulu-Natal, since being admitted there three weeks ago.

Sikhakhane began his education at Ngcenge Primary School in his village of Wasbank. It was, however, at Mpolwane High School in Ekuvukeni where his football talent was noticed.

A number of scouts from big cities were interested in Sikhakhane's educated left foot but his desire to be a football star took a detour after he completed his matric. Instead of pursuing his football dream, he was forced to seek employment to support his family.

It took Sikhakhane a few years in his typical 8-4 job at a finance firm in Melmoth before football gods came and snatched him away.

He then traded his pinstripe suit for football tracksuits and, months later, enrolled with the South African Football Association (Safa), which is where he acquired his coaching certificate.

Against all odds, he slowly rose through the amateur ranks. The highlight of Sikhakhane's career includes guiding Island FC in the ABC Motsepe League into the Last-32 of the Nedbank Cup.

However, it was with Chippa United in the NFD where he reached the pinnacle of his career - assisting Serbian trainer Vladislav Heric.

Football historians will indulge you with stories of how the soft-spoken Sikhakhane led the now-defunct Thanda Royal Zulu to the top flight two years ago. His exploits at Thanda was enough to land him a contract at Eagles.

Eagles' vice-chairperson Shawn Mpisane said: "When his health was not good, he stuck with us. He wanted to make sure that we go into the PSL, it was his dream. When days were [tough], times were [tough], he was there, and he was worried about the club.''

The club's match against Mbombela United at Kanyamazane Stadium, which was scheduled for tomorrow, has consequently been postponed by the PSL in honour of Sikhakhane.