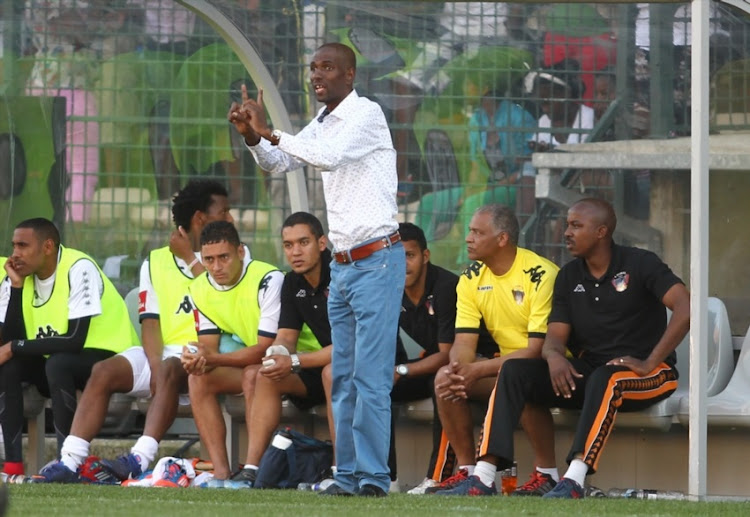 Roger Sikhakhane has returned to Chippa United as the club's technical adviser and as assistant to head coach Teboho Moloi.

Sikhakhane‚ who has coached the Chilli Boys on numerous occasions in the past‚ returns to Chippa as the club looks to finish the season in a respectable position on the log.

Club spokesperson Luthando Zibeko said Sikhakhane has been in discussions with Moloi and club chairman Chippa Mpengesi for a number of months about his return to the club.

“There have been discussions between him (Sikhakhane) and the coach and our chairman since around October and the details were only recently finalised‚" Zibeko said.

"He has been with us before in various capacities.

"He knows the club and he is a good addition to our technical team that will be led by coach Tebza (Moloi).

"We are happy to have him back and we know that he is going to add a lot of value.”

Chippa have also boosted their playing squad with the arrival of Nkosinathi Mthiyane from Orlando Pirates and Mxolisi Machupu and Linda Mntambo from Jomo Cosmos.

Machupu and Mntambo have been in good form in the National First Division (NFD) for Cosmos this season where they scored ten goals between them and Moloi will be hoping that they arrive in the Eastern Cape with their scoring boots.

Chippa earlier this month signed midfielder Thabo Rakhale from Pirates as part of a swap deal which saw defenders Diamond Thopola and Phetso Maphanga going the other way.

“The signing of the players is a clear indication of our intention to consolidate our position in the top eight and play continental football next season.

"Thabo Rakhale is a typical Chippa United player and will add flair and goals to the side‚” said Mpengesi.

“We are delighted to welcome back Mthiyane‚ a player who is familiar with the culture of the club‚ and will get an opportunity to revive his career.

"I have been following the careers of both Mntambo and Macuphu at Jomo Cosmos and they were both arguably the most exciting players in the NFD."

The new players started training with their new team-mates on Thursday and they are in contention for selection for the first game of the new year against AmaZulu at the King Zwelithini Stadium in Durban on January 7.

“There will be players that will leave us during the transfer window period and we will announce the names in due course‚” added Mpengesi.