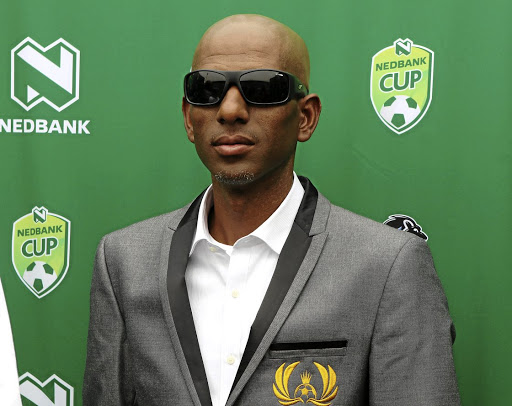 Former Bafana Bafana coaches Pitso Mosimane and Steve Komphela have described their late colleague Roger Sikhakhane as the most "unnecessarily humble" professional they have ever met.

Sikhakhane, who was coaching National First Division (NFD) side Royal Eagles, died yesterday at the Melomed hospital in Empangeni, KwaZulu-Natal, after a long illness. He was 42.

Komphela said he experienced Sikhakhane's warm heart when he was facing a difficult period at Kaizer Chiefs.

"One evening after playing them while he was still at Chippa United, he came to our hotel and we had a chat. The manner in which he humbled himself was amazing and unnecessary, said Komphela. "He was so humble yet he had no reason to do so. He almost wanted to be the one offering his skin to absorb the pain.

"I was asking myself as to 'who am I to deserve this?' But I guess it is typical of us Africans to want to take each other's pain."

The Bloemfontein Celtic coach also lauded Sikhakhane for his "immense contribution" in local football from a young age.

"We have a lot of lessons to learn from this man. May his soul lead us as it rests in eternal peace."

Mosimane said Sikhakhane's death was a big loss to the country as he was one of the young coaches who believed in fluid passing and possession football.

The Mamelodi Sundowns mentor said Sikhakhane was his encyclopaedia of players in the NFD.

"He was a humble guy who always took his sacking [with] humility. He also had a good sense of fashion and was always presentable," said Mosimane.

His employers said they were shocked by Sikhakhane's death as he had given them a green light two days ago to hire a stand-in coach while recuperating in hospital.

Dlamini said they were hopeful his condition would improve and he would eventually help them gain promotion to the Premier Soccer League as he had done with Chippa previously.

"We were all hoping he would recover and come back to the team," said Dlamini.

"We had been visiting him at the hospital and he was as passionate about football and coaching as ever.

"We told him to concentrate on getting well. We had this belief that he would be the one to help us gain promotion to the top flight."

Dlamini added that he was in the process of consulting with the family before finalising [plans for] the memorial service.

"Unfortunately we have a game today [yesterday], but afterwards we would be going to his home to see the family.

"He was a man who had family all over, in terms of football. Those are things we also have to consider when we plan the service."

Free State Stars assistant coach Selaelo Mosala said: "Its a great loss to football and his family. He was a good guy and a good coach. He promoted Chippa and Richards Bay. He managed to work with players and he was still young."

Sikhakhane is survived by his fiancée, three children, three siblings and his mother.