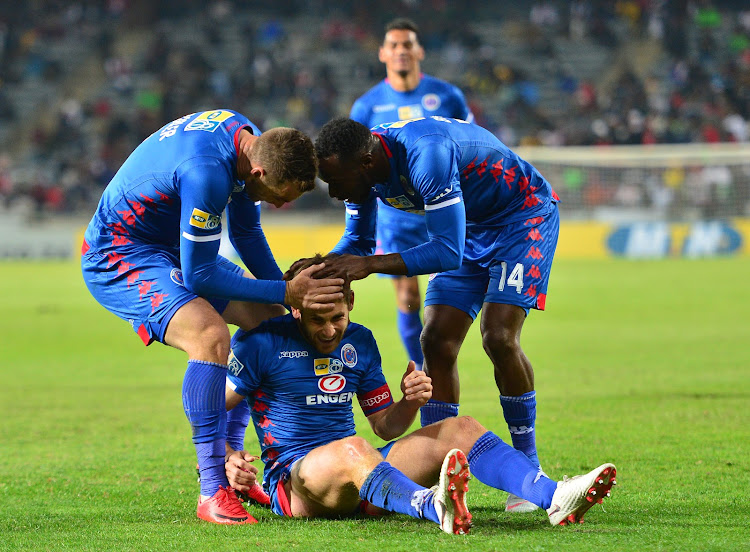 SuperSport United midfielder Dean Furman will not play again this year after a shoulder surgery last week and with England-based Kamohelo Mokotjo limping out of his league match at the weekend‚ Bafana Bafana are likely to have a new defensive midfield combination for the 2019 Africa Cup of Nations (Afcon) qualifier against Nigeria next month.

United officials have confirmed that Furman tore a shoulder joint in a training ground accident last week and then underwent surgery to attach the ligament back to the bone.

The industrious Furman will be out for at least three months in a blow to both club and country.

Furman‚ 30‚ was in line to win his 50th cap against the Super Eagles in the vital Afcon qualifier at FNB Stadium on Saturday‚ November 17.

The 27-year-old Mokotjo‚ who has partnered Furman in the Bafana midfield in the last three qualifiers against Libya and the Seychelles (twice)‚ went off with an ankle injury half an hour into the 1-0 Championship loss for his Brentford side at high flying Norwich City on Saturday.

On Monday‚ Brentford’s manager Thomas Frank said it was still too early to assess how serious Mokotjo’s injury was.

South Africa are already without Bongani Zungu‚ who is only due back in February‚ and fellow France-based winger Keegan Dolly‚ who broke his leg in action with Montpellier and is unlikely to play again this season.

A win or a draw for Bafana when they host Nigeria will ensure progress to the next Afcon finals but a defeat would put them on the back foot with one game left to play – away against Libya in March.

PITSO Mosimane was a relieved man after Mamelodi Sundowns finally got the better of Chippa United in East London at the weekend.
Sport
3 years ago
Next Article