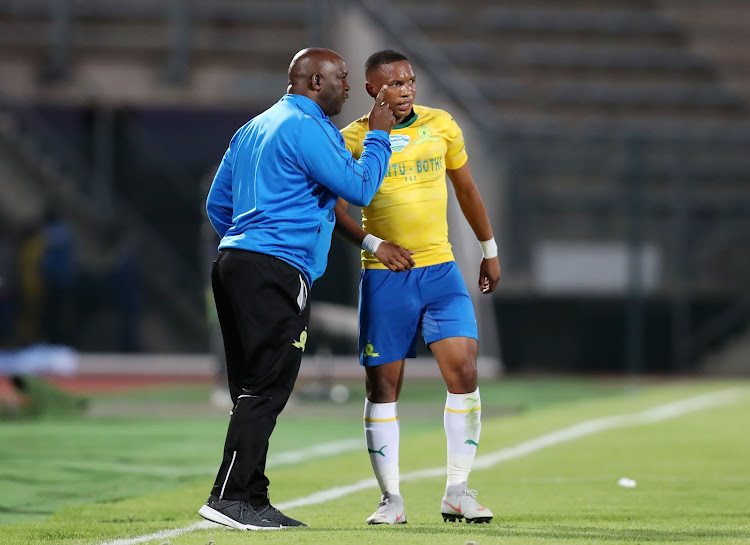 Pitso Mosimane was a relieved man after Mamelodi Sundowns finally got the better of Chippa United in East London at the weekend.

The Sundowns coach conceded that he feared the worst when the champions travelled to the Sisa Dukashe Stadium in East London and was delighted after the champions beat the Chilli Boyz 1-0 in the Eastern Cape coastal city on Saturday night.

“I was afraid of this game (against Chippa)‚” a frank Mosimane said.

“I told them (the players) at halftime and I said ‘be careful of this game‚ it might come back and bite us.’

“And you could see.

“I thought that this game would come back and bite us but we did well‚ and Denis Onyango is also showing that he is still one of the best goalkeepers in Africa.

Mosimane said the Brazilians have always struggled against Chippa in Eastern London and Uruguayan striker Gaston Sirino’s lone strike was worth it’s weight in gold.

“Every time we come here we lose‚ so we broke the ice.

The victory took Sundowns‚ who have played two games less than leaders Bidvest Wits‚ to sixth place on the stadium and six points behind Gavin Hunt’s early season pacesetters.

Chippa‚ on the other hand‚ are 13th on the table.

Sundowns now turn their attention to this weekend's Telkom Knockout where they will be away to Baroka FC at the Peter Mokaba Stadium.

Rarely has a Clasico been as predictable.
Sport
3 years ago
Next Article