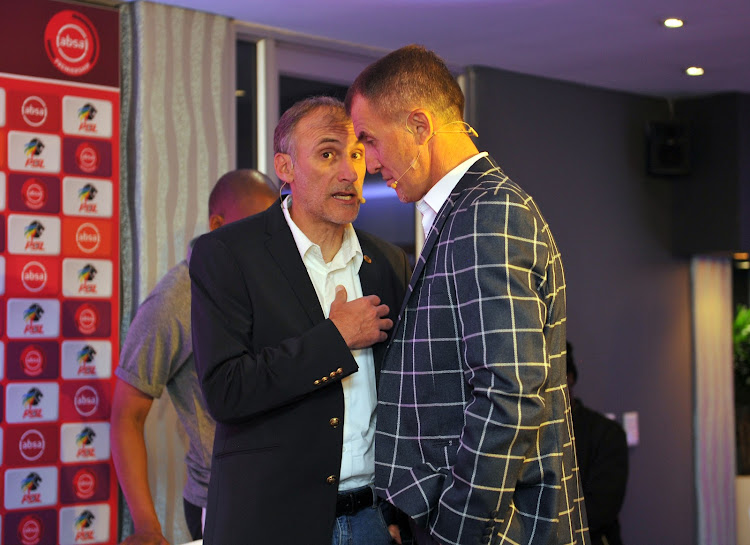 In a post-match press conference following his team's 2-1 Soweto derby defeat against Orlando Pirates where he often came across as defensive‚ Kaizer Chiefs coach Giovanni Solinas made the somewhat bizarre point that he had won two Free State derbies.

Khama Billiat gave Amakhosi a lead in the 15th minute but Pirates powered back through goals by Innocent Maela in the 29th and Vincent Pule in the 32nd‚ then shutting out the second half.

This after a week where‚ on Monday‚ Pirates' assistant-coach Rulani Mokwena raised question marks over Solinas's credentials to coach Chiefs.

Asked whether Mokwena's words had given him something to prove against Pirates‚ Solinas somewhat bizarrely pointed out that when he was coach of Free State Stars he won both his Free State derbies - a derby of far lesser scale - against Bloemfontein Celtic.

"I don't know what he [Mokwena] said‚" Solinas said at first.

He continued: "But as far as me‚ I have played in the derby in Bloemfontein‚ in the Free State. I played two derbies‚ I won two derbies.

"You can check. Free State Stars‚ Celtic 1-0 [to Stars]‚ and also in the second derby we won.

"A derby is a derby - it's a special game. Today we have lost this derby. But Pirate have not dominated the derby.

"Pirates scored two goals. But the performance of my team in the second half was OK.

"But we work hard at Kaizer Chiefs.

"Every day we work hard to try to rectify our mistakes‚ to try to improve and to put Chiefs in the position that it deserves.

"But I am sure‚ with time‚ in the future Kaizer Chiefs will be better."

Solinas had coached in big matches before in his career‚ in North Africa.

He told journalists last week he had coached SE Setif against Esperance de Tunis in continental competition in front of crowds of around 80‚000 in the early part of this decade.