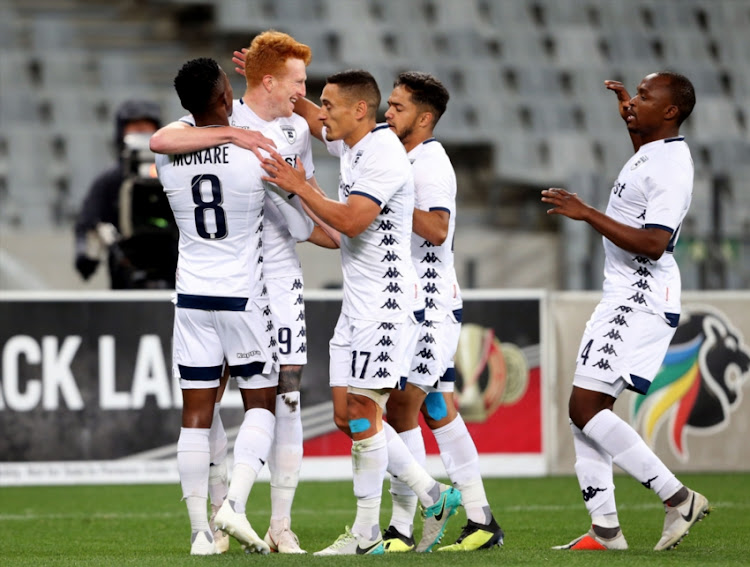 MTN8 winners Cape Town City were brought back down to earth after weekend cup success as Simon Murray scored twice to take Bidvest Wits back top of the Absa Premiership standings on Tuesday night with a 2-0 victory at the Cape Town Stadium.

Murray was the only change that coach Gavin Hunt made to the side that lost 10 days ago at home to Polokwane City and the flame-haired Scotsman repaid his coach’s faith to lift Wits to 16 points from their opening eight games of the new season.

City, in action just 72 hours after lifting the cup in Durban, were playing a second string as they rested key players and began with just three from Saturday’s cup final starting line-up and went behind, controversially.

After just eight minutes when Murray looked to be tripped by City goalkeeper Peter Leeuwenburgh but television replays showed clearly there was no contact.

But it was easy to see in the blur of the moment how referee Luxolo Badi got it wrong and while Leeuwenburgh had insult added to injury by being booked, Murray got up off the turf to tuck away the spotkick.

His second goal in stoppage time at the end of the first half was the first chance to see the ability of the former Hibernian striker, who Wits signed in the off-season.

He danced his way into the penalty area, went past two defenders before expertly tucking it away after being set up by Deon Hotto’s pass from the left wing.

It was as much as a fresh-looking Wits, after 10 days off, deserved as they took the game to their hosts, pressing them into mistakes at the back and attacking them down the flanks.

The cold weather made for a high tempo affair with a regular turnover of possession as the game was played at breakneck speed.

City’s best chance fell to Matthew Rusike but he steered his header wide of goal as Allan Kateregga found him unmarked at the back post in the 34th minute.

They came out for the second half with a tactical switch to go on all-out attack in an attempt to get back into contest but chances for substitute Siphehle Mhembu were not converted.

Murray, who was man of the match, might have had a hattrick with some 10 minutes to go with another mazy run but Leeuwenburgh denied him with a save.

City, who slipped to 12th place, will play a third game in the space of six days when they next take on Maritzburg United away on Friday night.

Wits have a longer break before they meet Mamelodi Sundowns in the battle of the last two season’s champions at Atteridgeville.