Klassen confirms Fuzile clash is on 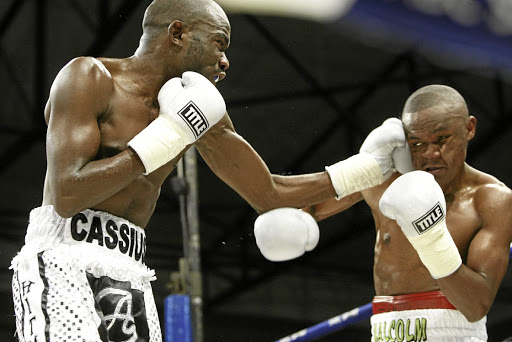 Klassen said he signed the contract on Tuesday but would not divulge his purse money which is alleged to be a six-figure purse.

The boxing match for Fuzile's IBF Africa Continental title will be staged by Rumble Africa Promotions of promoter Thembalethu Ntuthu in East London on October 21.

"It's on and I cannot wait to go down there and leave fans grossly disappointed as I did when I beat Xolani Mcotheli in 2015," warned Klassen from Toekomsrus on the west rand.

A marvel to watch on a good night, the right-hander who is on the wrong side of age, at 37, added: "I am telling you that they are misled by my age and that will be the worst mistake Azinga and his trainer [Colin Nathan] are making. You really have to know yourself to fight me."

Klassen - who ended the illustrious career of Baloyi in 2012 - has lost eight bouts and drawn two.

The boxer rose to prominence in 2005 by winning the SA featherweight title before he captured the IBF strap the following year from Gary St Clair from Guyana.

Klassen lost the IBF title to Mzonke Fana but regained it with a seventh round demolition of Baloyi in 2009. Baloyi had won it from Fana.

Klassen will challenge the 22-year-old Fuzile from Duncan Village. The sensational left-hander remains undefeated in 11 fights.