Sundowns 'will soldier on' 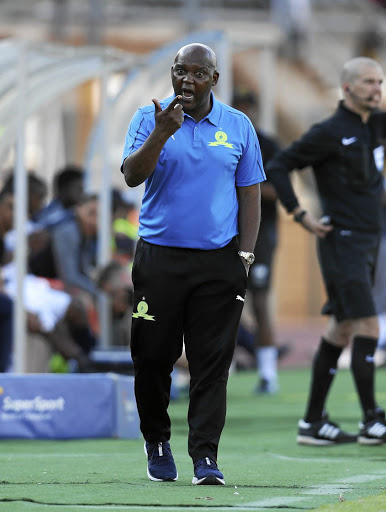 It's the MTN8 that has eluded Sundowns and coach "Jingles" has previously spoken about why Sundowns struggle in this tournament.

"You must know we are the last ones to finish the season, because we are playing in Africa. We lost the MTN8 [quarterfinals match] to Maritzburg United [in 2017] and [their coach] Fadlu Davids told you that they had six weeks to rest and we were seven days back from off-season when we played them," Mosimane explained in May.

He was pointing to their hectic schedule, which has seen them play nonstop for at least the past four years, and which has seen some players eventually breaking down at some point.

Against Cape Town City in Atteridgeville, captain Hlompho Kekana had to make way for Lebohang Maboe early in the second half because of a thigh injury.

Kekana, who's been one of Sundowns' regulars, is now a serious doubt for Bafana Bafana's home clash against Libya in the 2019 Africa Cup of Nations qualifiers at Moses Mabhida Stadium on Saturday [3pm].

The one thing that's clear is that fighting for honours on both fronts - Africa and the domestic league - comes at a price, but Mosimane has said his players are ready to soldier on. "Do I want to play the semifinals of the MTN8? Yes, than to be sitting at home and you don't even make top eight or lose out earlier.

"You learn and it also builds a little bit of a character for the team," he stated.