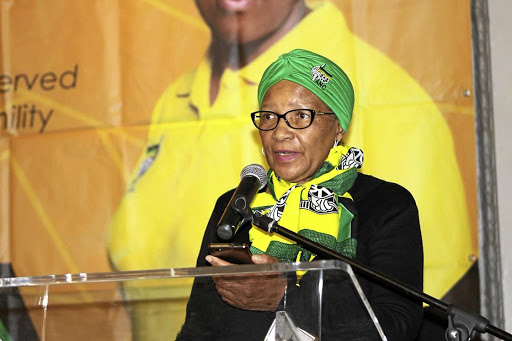 Gauteng MEC for cooperative governance and traditional affairs Uhuru Moiloa is set to deal with a recommendation from the City of Johannesburg that he removes an ANC councillor from office.

On Sunday, Johannesburg mayor Herman Mashaba said the council received a report on Thursday tabling the outcomes of an ethics committee which was looking at the conduct of former MMC for group corporate and shared services councillor Mally Mokoena

According to Mashaba, in June 2016, speaker of council Vasco da Gama received a letter of complaint from former MEC Paul Mashatile, in which he called for an investigation into allegations of corruption against Mokoena.

Mashatile's letter was related to allegations that Mokoena removed a "competent and capable administrator" from office without cause in order to replace her with her niece.

She allegedly provided her niece with interview questions prior to the interview.

The ANC ended up with egg on its face as its bid to oust Tshwane mayor Solly Msimanga fell flat.
News
2 years ago

However, after a personal dispute with her niece, Mokoena allegedly tried to remove her from the position using three law firms at the cost of the city. The report submitted to council recommended that Mokoena be censured by Moiloa and dismissed from her role as councillor.

The Joburg ANC region confirmed the report recommending Mokoena's removal but said there were facts ignored in hearing Mokoena's side of the story.

"This decision is based on lack of information and the facts provided by councillor Mokoena were not taken into account ... The ANC has already compiled a memorandum with all the facts ... and will submit same to the MEC for COGTA and human settlements in the province," the ANC said in a statement.