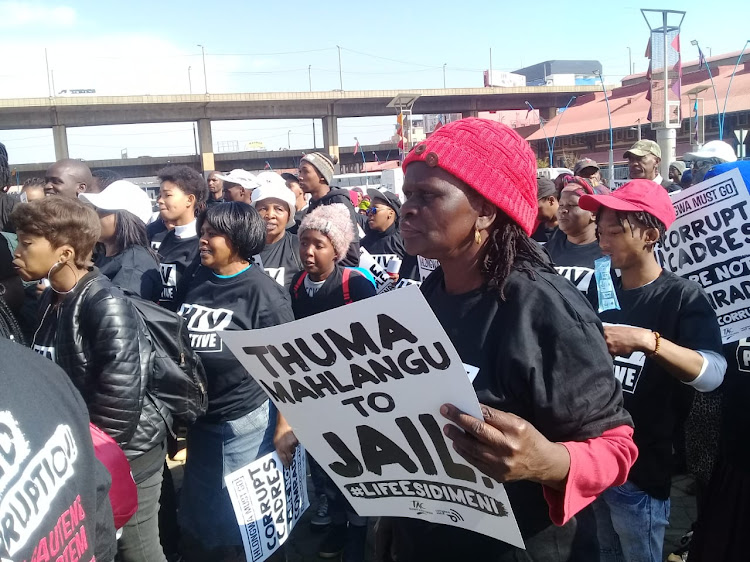 A march demanding that Qedani Mahlangu and Brian Hlongwa be removed from their ANC position is underway in Johannesburg. The march is organised by Hundreds of activists from Treatment Campaign (TAC) and Corruption Watch
Image: Sandile Ndlovu

Hundreds of Treatment Action Campaign members have gathered for a march to the Gauteng Legislature in protest against the recent election of Qedani Mahlangu and Brian Hlongwa to the ANC Provincial Executive Committee.

Mahlangu and Hlongwa are the former Gauteng Health MEC's who were at the helm when more than 140 mental health patients died in the life Esidimeni tragedy.

Former Gauteng MEC for Health Brian Hlongwa and 10 private sector companies have been implicated in corruption worth R1.2 billion in the Gauteng Department of Health between January 2006 and May 2010.

National Charperson of TAC, Sibongile Tshabalala said: "We are here as TAC and Corruption Watch. We want Brian Hlongwa and Qedani Mahlangu to be removed from ANC PEC. As public health users, it is not fair that corrupt officials are recycled."