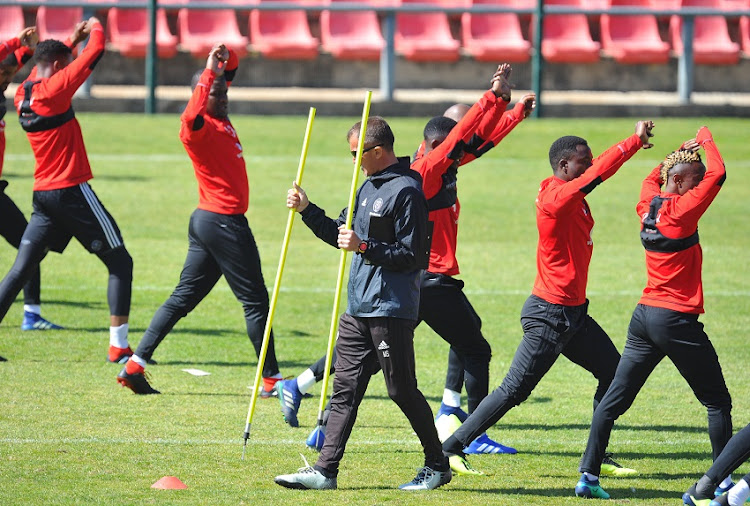 Orlando Pirates hired a finishing coach because they want to squeeze the best from their players in all technical aspects‚ and because scoring has been such a chronic problem at the Buccaneers‚ coach Milutin Sredojevic has explained.

Bucs this week announced the appointment of Stephane Adam‚ a finishing coach from Ligue 1 Lille. Adam (49) played for Hearts in Scotland and Lille and Metz in France.

In doing so‚ Bucs have led the way finally attempting to address the chronic finishing problem in South African football. All clubs have suffered from the ailment‚ though Pirates perhaps more than any other major Premier Soccer League team.

“We cannot allow a stone unturned in order to take care of every possible detail that could give the advantage of being the trendsetters in South African football‚” Sredojevic explained.

“From that regard‚ we have tried to strengthen ourselves from all possible angles to squeeze the best out of our players. We want to look at players’ preparation as individuals to serve the team in the best possible way.

“If we want players to do that then we need to lift their technical qualities‚ especially in the aspect of finishing that has been a factor that has‚ not only for us‚ been a South African problem.

“So we have taken the bold step in order to take care of that aspect of the game. We are stretching ourselves to all possible limits in order to be stronger than we have been.”

Sredojevic said he is unsure how long Adam’s input will take to have an impact.

“The finishing coach will just come in and take the puzzle that we have already put into a mosaic‚ but now going into the deepest possible details‚” Bucs’ coach said.

“Because we have done a ‘player development programme’‚ which started in the preseason‚ where we have deeply analysed the strengths and weaknesses of our players from last season.

“Where we have seen those details‚ now we want to change them. Not just seeing them on the paper‚ but to put that in a practical correction aspect.

“And whatever was wrong we need practically to remove‚ before introducing something that will be an improvement.

“I personally believe that no person can tell you directly when this will work. We want it as soon as possible. And we will all do what we can for this thing to function from the first match on Saturday.

“We have five competitions this season‚ and in the August‚ for example‚ we have eight matches in 201 days. It’s something where we need to take care to properly cover every single detail in our technical work.”

Already‚ the technical aspects in strikers approaching the ball in scoring situations in the box and calmness in the finish saw Bucs’ scoring improve markedly in the second half of Sredojevic’s first campaign last season.

Pirates recovered from a disastrous 11th placing in 2016-17 to finish second in the Absa Premiership.

Bucs kick off their 2018-19 league season against Highlands Park at Orlando Stadium on Saturday night (8.15pm).