Double injury blow for Orlando Pirates ahead of season start 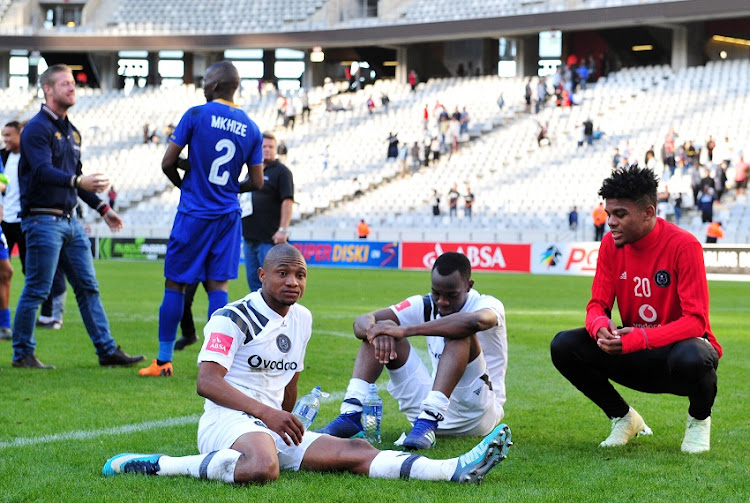 Orlando Pirates midfielder Thabo Qalinge will miss the start of the new Absa Premiership season through a “muscle abductor strain” while winger Thembinkosi Lorch is “doubtful” for their home opening match against newly promoted Highlands Park.

The 26-year-old Qalinge picked up the injury during a pre-season friendly match against Cape club Stellenbosch FC at the weekend and is beginning a rehabilitation programme‚ according to the club’s medical department.

“‘Section’ as he is affectionately known‚ is still experiencing some discomfort and as a result he will continue working on his rehabilitation‚” the club revealed on Tuesday.

Qalinge’s fellow attacking midfielder Lorch also sustained the knock in one of the club’s pre-season friendlies.

“Lorch limped off the pitch in Pirates’ friendly match against Cape Town City‚ after sustaining a knock to the knee and has since been receiving treatment.”

Qalinge’s progress at Pirates has been hampered by a succession of injuries since joining Pirates from now defunct Mpumalanga Black Aces in July 2014.

The Buccaneers‚ who finished second last season behind champions Mamelodi Sundowns last season‚ will launch another assault at the Premier Soccer League title in the coming campaign starting with a clash against Highlands at Orlando Stadium on Saturday August 4‚ 2018.

Pirates‚ who have beefed up their squad with more than 10 new signing ahead of the start of the season‚ face Chippa United (away)‚ Bidvest Wits at home (MTN8)‚ Bloemfontein Celtic (away) and a daunting trip to Thohoyandou to face topflight returnees Black Leopards in their opening five matches of the new campaign.